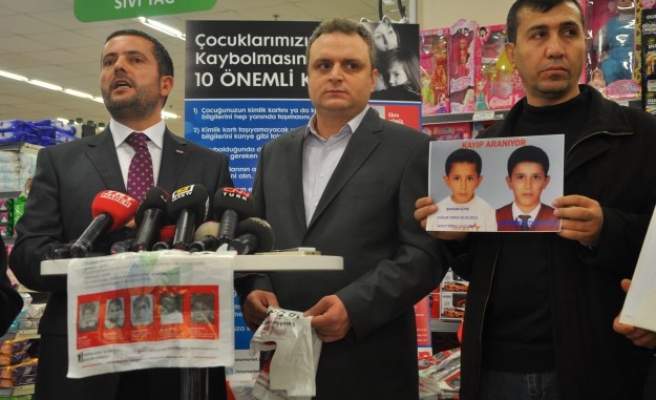 Where is Yakup? It’s been 10 minutes since dinner has started at grandpa’s home in a remote village of eastern Turkey. And Yakup has disappeared. No one is that concerned. It is not unusual for a three-year-old to wander off…

But, 25 years later, his father is still looking for him.

Sakip Ergun, 57, was not present when his son first went missing.

"I had sent my wife with my three children to grandpa's, who lives in our village,” he says.

He has "done everything" to find his son, but nothing has brought him back.

There have been no clues on his whereabouts since he disappeared in a village of almost 500 people in the Turkish province, Erzurum. "I have no foes, thank God," the father says.

"We went on many TV broadcasts," said Sakip. He even met then-president Suleyman Demirel.

But back then, Turkey had not have a police force department for missing people until the relentless cries and demands of distraught families bore fruit.

As the question -- Where is Yakup ? -- lingers, Sakip has no choice but to find comfort in the fact that his numerous efforts to find his son have served to help others track down their loved ones.

Police forces look for nearly 4,000 missing children on average every month in Turkey.

The Turkish national police launched a special team in 2013 of 5,000 experts and police to ramp up searches for missing  persons, and found more than 2,600 people in four months, including a few who were missing for more than 20 years.

For a long time, Sakip searched for his son, who would now be 29, with a childhood photo. However, this has changed as Turkish police teams use photo-aging techniques to create an illustration of missing children's potentıal adult faces.

But despite the improvements in search techniques for missing children in Turkey, still thousands -- some of which are not children anymore -- remain missing, according to reports.

More than 445,000 missing people have been found between 1995 and 2014, according to the Department of Smuggling, Intelligence, Operations and Information Gathering.

Some 7,070 children, though, are still missing according to a November 2014 department report.

While the Ergun family does not know what happened to Yakup, most cases involving missing children are the result of problems within families or related to drug abuse.

The head of the Association of Families Whose Relatives Went Missing, Zafer Ozbilici, said that socioeconomic issues were the main reason behind missing children cases.

"In general, those children are repressed and from families in financial difficulties or with domestic issues," said Ozbilici, who created the association, after his brother went missing in 1992.

The association has launched various campaigns such as a bus touring Turkey, or grocery bags showcasing pictures of missing children.

It must be noted that almost all children who go missing are brought back to their families within 30 days.

According to the police department report, only one in 1,000 of the missing childrencould not be found within the six months following the disappearance.

Still, Ozbilici warns, it is very dangerous for a child to spend more than 24 hours outside of his home, as it is possible for him to be either a victim or perpetrator of a crime.

He urges for more cooperation among institutions, such as security forces or the family ministry, to accelerate searches.

"An officer is stalled with official paperwork in the time that he could spend on finding a missing child," he complains, citing as an efficient solution the alarm system for missing people in the U.S. called AMBER.

AMBER alert is an emergency code interconnecting the police force with media outlets and other broadcasting means to warn the public to be on the lookout for a certain missing person.

Many families have spent all they have to search for their missing child, says Ozbilici.

"They lose their wealth and savings," says Ozbilici.

Sakip Ergun has spent loads of money during these 25 long years. He once had 10,000 posters and fliers with the picture of his son printed on them.

"We are still waiting as we are believers. You cannot abandon hope from God's mercy," he says.

"People can accept death and live with it. This is much harder than death as you do not know what to accept and you get exhausted after continuous waiting and you keep thinking about your child's whereabouts," says Ozbilici.

That's what Sakip has been living through for a quarter of a century.

And the question remains: Where's Yakup?