Security forces destroy TL 300 mln worth of cannabis in Diyarbakır

A joint effort by the Diyarbakır Police Department and Gendarmerie Command destroyed TL 300 million worth of cannabis crops aspart of an operation. 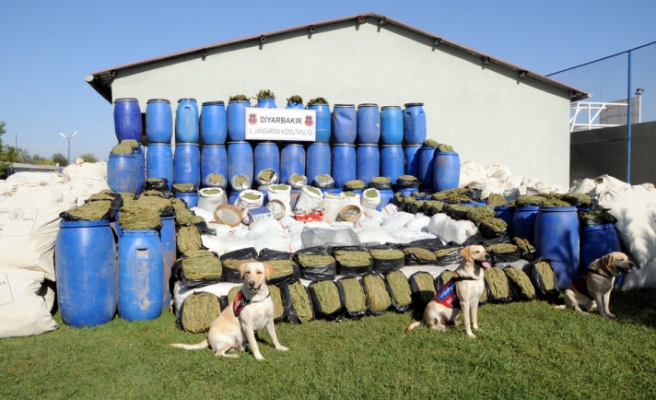 In a joint effort by the Diyarbakır Police Department and Gendarmerie Command, over a thousand security personnel started an operation in various locations of the southeastern province on Monday and destroyed TL 300 million worth of cannabis crops.

According to a statement made by the Diyarbakır Prosecutor's Office, security units were deployed to several locations in the Hazro and Lice districts to locate cannabis fields and dispose of the plants.

The major anti-drug operation came only two weeks after Prime Minister Recep Tayyip Erdoğan claimed there were drug cartels behind last month's Lice incident, in which one person died and nine others were wounded when clashes broke out between security forces and protesters opposing the construction of a new gendarmerie outpost in the district. Government officials said the real reason behind the incident in Lice was an increase in the number of operations against local cannabis fields.