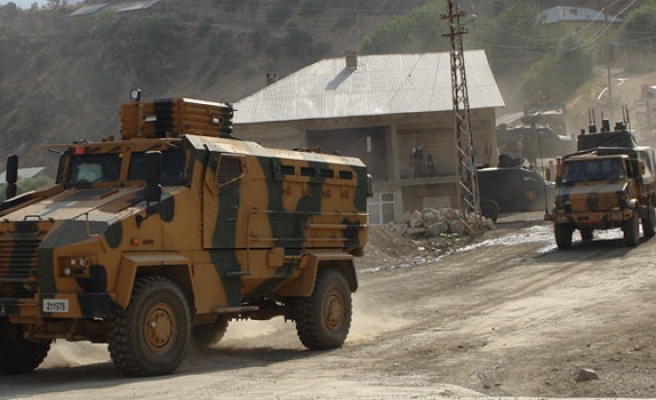 Hakkari Governor's Office stated on Thursday that security forces staged operations against PKK terrorists in Semdinli town of Hakkari and killed five of them.

Earlier in the day, one soldier was killed and five others were wounded during operations against militants in Semdinli town of Hakkari. Following the clashes, security forces launched a wide operation in the region, and killed five terrorists.

The Office added that operations were under way.