Turkey has had an embassy in Senegal since 1963, while Senegal opened its embassy in Ankara in 2006. 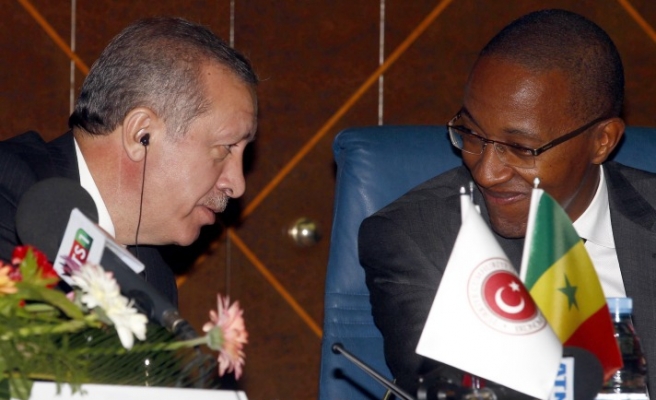 Senegalese President Macky Sall said his government will discuss with Turkey alternatives for the construction of a new Turkish embassy in the capital Dakar after increasing public protests against the current coastline location.

"We will discuss with the Turkish authorities other alternative plans," Sall said Sunday during a visit to the embassy construction site.

"This is a complicated situation that involves two friendly states," he said, adding that the coastline site had been approved by the regime of former president Abdoulaye Wade.

Local activist groups and environmentalists have staged protests against the construction site of the new Turkish embassy in Dakar, saying it would block the view of the Atlantic Ocean and deny people's access to the beach.

President Sall said a government working group has been formed to propose solutions for the issue.

"I'm waiting for the conclusions of the working group as soon as possible and the necessary measures will be taken," he added.

"But overall, regarding embassies, their cases will be treated between the state of Senegal and the country in question and not in the public square," said the president.

In March, thousands of Senegalese signed an online petition against the 4000 square meter construction site.

"The city of Dakar is literally suffocating. The only breath of fresh air from the Atlantic will disappear," it read.

Turkish Ambassador to Senegal Zeynep Sibel Algan had previously said that the site had been designated according to the principle of reciprocity.

"A space of the same dimension has been granted by Turkey to Senegal in Ankara," she had told local media.

Turkey has had an embassy in Senegal since 1963, while Senegal opened its embassy in Ankara in 2006.