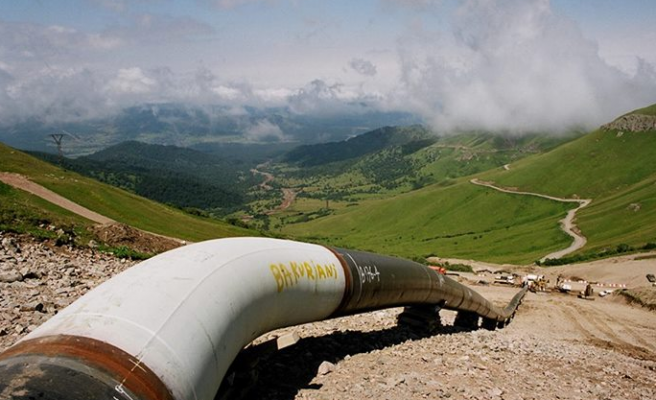 Gas flow on the Shah Deniz pipeline carrying natural gas from Azerbaijan was halted by an explosion in Turkey on Monday evening, energy sector officials said, with one saying it was thought Kurdish militants had sabotaged the pipeline.

The officials said that gas flow had been halted on Aug. 3 due to maintenance and had only resumed on Aug. 23 but had not yet reached capacity before Monday's blast.

"Last night there was an explosion in the pipeline on the Turkish side and the flow stopped," one senior official said.

Another official said damage assessment was set to begin on Tuesday and that it would not be clear when the gas flow would resume until after the assessment.

An explosion had previously hit the pipeline on Aug. 4, after the flow had already been suspended for maintenance. That was days after an attack by Kurdistan Workers Party (PKK) halted the flow in a pipeline carrying crude oil to Turkey from Iraq.

Turkey has witnessed a surge in violence in recent weeks with the PKK targeting Turkish security forces and infrastructure while Turkey has struck PKK camps in northern Iraq.