'Shoot' order given to Turkish troops based in Aleppo

Turkish soldiers have been ordered to 'shoot' anyone who attempts to attack the Suleyman Shah tomb in Aleppo, after ISIL forces seized the surrounding area. 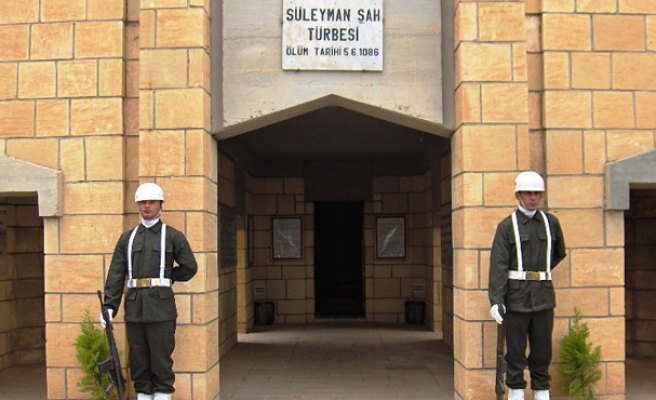 Turkey has warned its soldiers based on its overseas territory in Syria's Aleppo to brace for a possible attack by Islamic State of Syria and the Levant (ISIL) rebels, who have seized the surrounding area.

There are currently around 25 Turkish soldiers based in and around Jaber Castle in Aleppo, which contains the tomb of Suleyman Shah, the grandfather of the founder of the Ottoman Empire, Osman Gazi.

ISIL forces seized the town of Karakozak about 35 kilometers away from the Turkish overseas territory from the rival Syrian opposition Free Syria Army earlier this week. The ISIL have been known to destroy tombs of important historic figures in the areas they capture, including those of Muslim saints.

Turkey's Chief of Staff has told soldiers based at the tomb to prepare for all possibilities, and ordered troops to 'shoot' anyone who attempts to attack the territory. Turkish border guards and airforce have been told maintain a stance of vigilance.

According to international agreements made in 1921, the territory is officially Turkish property with Turkish appointed guards and a Turkish flag. Turkey warned that any attempt to attack the territory would be considered an attack on Turkey and an attack on a NATO member.