Sirnak airport to open in 4 months 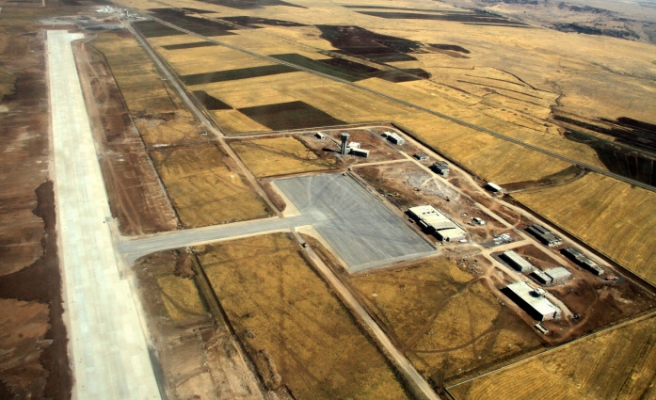 Sirnak airport is going to serve in 4 months.

Residents of the southeastern province of Sirnak and visitors reach the region via Diyarbakir or Mardin airports, 300 km away from Sirnak. However in four months time, the 500-passenger capacity airport will be in use and contribute to its tourism and economy.

Vesi Demir, the representative of the construction company, the Dogusan Dogru, stated that the 3,600 metre long runway is being built in international standards.

Chairman of the Cizre Chamber of Commerce and Industry, Adnan Elci, said that the Sirnak airport will be only 73 km away from Iraq and said, "Turkey's annual exports to Iraq has reached 8 billion USD. Businessmen used to take long highway routes however now they can reach Sirnak from Istanbul in just two hours time, then in an hour time they will be in Iraq. That is why, Sirnak airport will contribute to exports. Northern Iraqis will use the airport often."