﻿The anniversary of killing of artists and intellectuals in Sivas' Madimak hotel 21 years ago is being commemorated in the province. Thousands expected to attend the ceremonies. 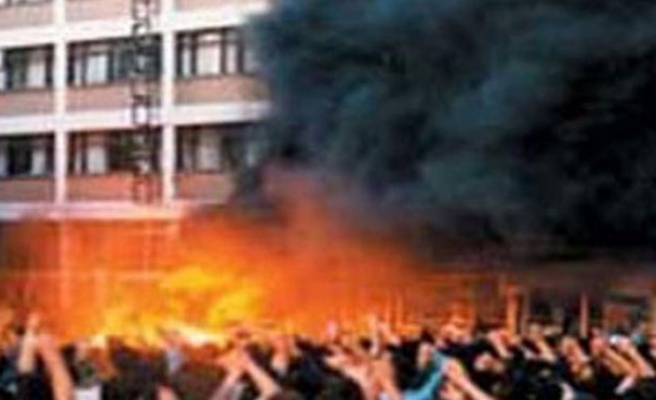 Thousands of Turkish Alevis are gathering in eastern Turkish city of Sivas Wednesday to commemorate the deaths of 37 mostly Alevi left-wing artists and intellectuals who died twenty one years ago when the hotel they were staying in was set alight by protesters.

In 1993 Alevi artists gathered in the city to celebrate the life of a famous poet Pir Sultan Abdal when the hotel was surrounded and deliberately set alight.

Leader of pro-Kurdish party, Selahattin Demirtas, who was nominated on Monday to run against Turkish Prime Minister, Recep Tayyip Erdogan for the presidency in a public vote on August 10, will be attending. CHP, the main opposition party will also have a delegation of deputies in the events.

Commemoration will take place in the city all day Wednesday. The focus of commemorations will be the hotel in which the 'massacre' took place, the Madimak hotel, which has now been converted into a science and cultural centre.

The names of the people who died will be read out in front of the hotel after which relatives of the victims will be able to enter and sign the book condolences.

Police are mounting a huge security operation as numbers are expected to swell. Local police from surrounding regions have been drafted in to help.

A security cordon has been set up around the city, to enable police to set up check points. Police helicopters are also circling the city.