Istanbulites are working to fulfil the needs of Syrian children, establishing new schools and meeting other need. 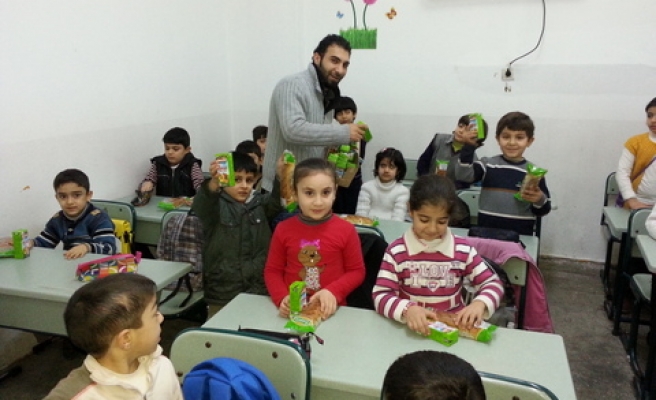 A small school has been serving Syrian children in Turkey's most popılated city, Istanbul.

The Syrian school was established with the help of Turkish university students and has survived under difficult circumstances. The children usually face deficiency problems in the school, which is working to resist the cold weather.

A group of Turkish benefactors, who visited the primary school and also distributed basic foodstuff to children, said that they aimed to establish another school in Istanbul.

UNICEF said over one million Syrian refugees were children, of whom more than 425,000 were under the age of five.

The vast majority of these refugees have fled to Lebanon, Turkey, Jordan, Egypt and Iraq.

There are currently over 2.4 million refugees registered in the region.