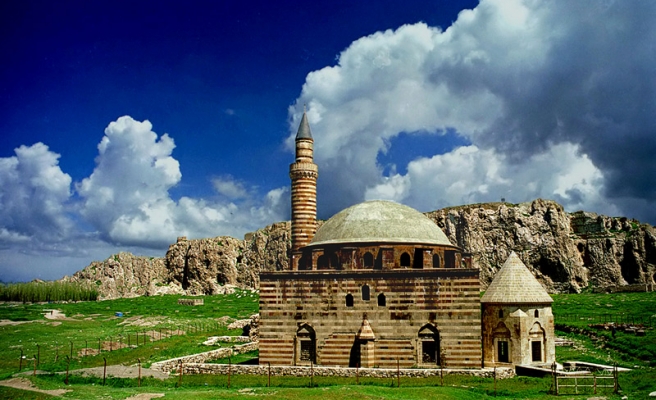 Turkey's eastern province of Van, located on the eastern shore of Lake Van, is among the provinces that look for ways to create awareness as a touristic destination.

Eastern Turkey had gained a negative reputation due to PKK terorism.

As terror related court cases and violent incidents decreased significantly with the solution process, the province focused on promotion efforts and over a short span of time began to see the gains.

"There is a spike in the number of tourists compared to last year's rate. Van has received 338,000 tourists - 30.000 of them foreigners - within a 7 month period," Muzaffer Aktug, head of Van's provincial Culture and Tourism Directorate, told AA.

"The security factor has reflected positively on tourist numbers here. We expect the number of tourists will reach 650,000 by the end of the year," Aktug added.

Noting the significant increase in the number of Iranian tourists, he said, "Van is one of the primary places where Iranians prefer to go on holiday."

"Van is in a central position in terms of tourism. It has a big potential in terms of nature, history, culture and sea tourism and the city is also an attaction center of Turkey," the official stated.

Van, which had been the capital of the Urartian kingdom in the 9th century BC, has often been called "The Pearl of the East" because of the beauty of its surrounding landscape.

It is located on the eastern shore of Lake Van, the largest lake in Turkey and houses a castle, built by the ancient kingdom of Urartu during the 9th to 7th centuries BC.

The Turkish government began a solution process to end the Kurdish issue.

On April 25, the PKK announced it would withdraw all its of forces within Turkey to northern Iraq after a period of dialogue.