Somali students to study in Turkey 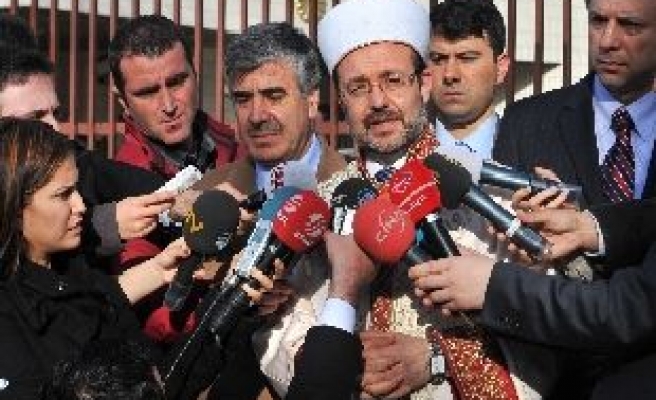 The head of the Turkish religious affairs authority said on Monday that numerous Somali students would be given the opportunity to study in Turkey in the coming term.

Sharing impressions from his recent trip to Somalia in an interview with the AA, Turkey's Religious Affairs Director General Mehmet Gormez said his one-day visit to Somalia had lasted for 5 hours, but felt like a year.

"The pain in the faces of the people of Somalia and the heartache we felt during the couple of hours we spent there made us feel as if we stayed there for a year," he said.

Gormez said, as a human being, he had felt ashamed of the greed of the mankind during his trip to Somalia.

Expressing the importance of implementing lasting works in Somalia, Gormez noted that his authority planned activities that would invest in the people of this country.

Unveiling plans to bring Somali students to Turkey, Gormez said, "Our friends are choosing a number of Somali students at the moment. We have major projects concerning the education of Somali children and youngsters both in their country and in Turkey in the long term".

Somalia is among the countries worst hit by the drought. Turkey has recently initiated an aid campaign and Turkish Prime Minister Erdogan visited several refugee camps in the country.