One man is killed and ten people injured in Istanbul road crash as snowfall across Turkey causes accidents and closes schools. 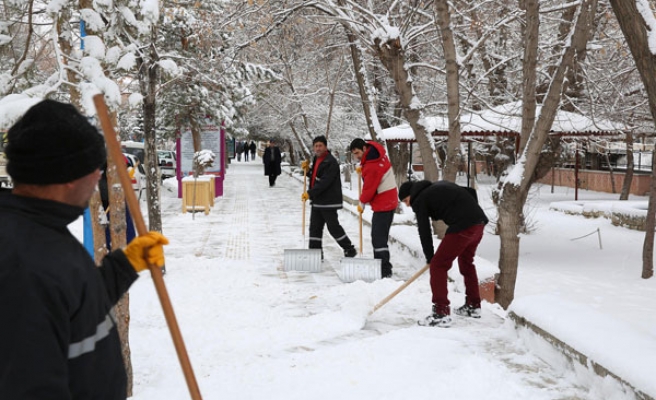 World Bulletin / News Desk
One person was killed and 10 others injured in a major crash involving 18 vehicles amid treacherous winter weather conditions which hit Istanbul on Wednesday.

The multiple-vehicle collision occurred at TEM highway near Silivri district in the morning. One man died at the scene.

Some Turkish Airlines flights from Istanbul, Izmir and Ankara to Rome, Barcelona and Bucharest plus fast ferry services from Yenikapi district in Istanbul to the western province of Bursa province were cancelled.

Heavy snowfall closed schools in Istanbul, Ankara and some districts in western Izmir.

In the western province of Manisa and central Kutahya, intercity bus services have been halted. In central Kirikkale province, 28 towns have been closed to traffic due to snowfall.

In southern Mersin province, storms damaged greenhouses and some ferry services were cancelled. In the western province of Izmir, many buildings and workplaces were damaged due to storms.

The snowfall is expected to slow down across the country on Thursday. However, the cold weather will continue until the end of the week, the State Meteorological Service has announced.