Sending a petition to the İstanbul 13th High Criminal Court, Eröz who has not yet turned himself in, has asked that prosecutors have Başbuğ testify as part of the case. 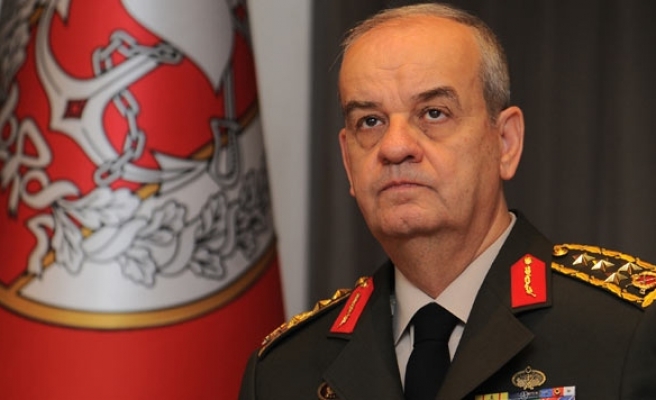 Gen. Mehmet Eröz, one of 14 retired and active duty military officers for whom an İstanbul court issued an arrest warrant last month because of their suspected involvement in a plan to destabilize the government through an Internet campaign, has requested that former Chief of General Staff Gen. İlker Başbuğ testify to the prosecutors as part of the probe.

Sending a petition to the İstanbul 13th High Criminal Court, Eröz who has not yet turned himself in, has asked that prosecutors have Başbuğ testify as part of the case. Many other suspects in the case have also claimed that the propaganda websites were established on Başbuğ's order.

The investigation into the propaganda websites began in 2010 and is based on evidence found in the home of retired Col. Hasan Ataman Yıldırım, another suspect in the website case.

An anonymous tipster from inside the military later sent an email to inform the public and the prosecutors that the General Staff had established 42 websites for the sole purpose of disseminating propaganda about the government and religious communities.

The prosecution was able to uncover the initial order for the General Staff website during the investigation. The order had the signatures of eight people, including those of Col. Cemal Gökçeoğlu and Col. Dursun Çiçek.

The document was dated April 2009 and originated in the office of the deputy chief of the General Staff Operations Department, who was Gen. Hasan Iğsız at the time. An İstanbul high criminal court last week accepted an indictment into the websites.

The suspects in the propaganda website case are being accused of "attempting to overthrow the government" and "leading and being a member of an armed terror organization." They are also accused of categorizing military officers according to their religious or political beliefs, possibly for future reference. Fourteen officers on active duty, four retired military officers and a civilian public servant are accused in the indictment and the first hearing in the trial is scheduled for Sept. 12.

In the meantime, the 194th hearing of the case into Ergenekon, a shadowy crime network with alleged links within the state, was held at the Silivri courthouse on Tuesday.