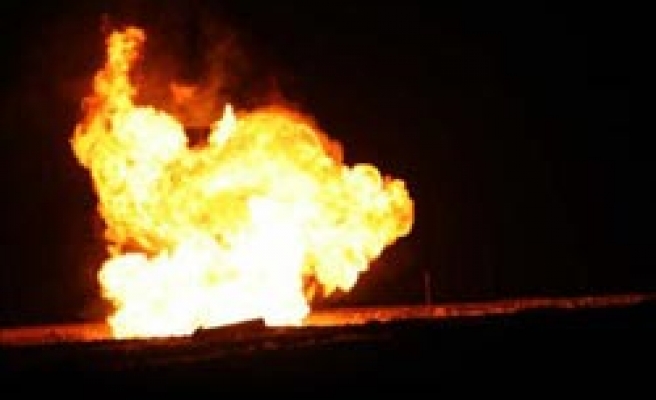 A sabotage attack against Petroleum Pipeline Corporation's (BOTAS) oil pipeline in Idil town of south-eastern province of Sirnak has killed two people and wounded another on Tuesday.

Sources said that a fire erupted when PKK militants exploded a mine on the oil pipeline on Tuesday evening. Two vehicles passing by were also caught on fire.

At least two people were burned to death and another one was wounded in the vehicles.

Fire crews are working to extinguish the fire at the oil pipeline.