Speaking at a meeting with ruling AK Party lawmakers, Erdogan revealed that an investigation was started after it was found that one of his offices had been bugged with secret listening devices. 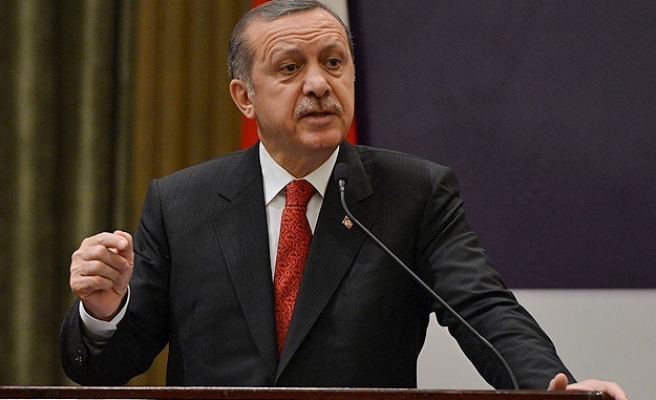 Turkish prime minister Recep Tayyip Erdogan has said that two suspects believed to be involved in a bugging scandal have fled the country.

Speaking at a meeting with ruling AK Party lawmakers, Erdogan revealed that an investigation was started after it was found that one of his offices had been bugged with secret listening devices.

The suspects, identified simply as A.T and S.D., were agents employed with the Prime Ministry's Security Department. Both had been tasked with protecting the Prime Minister.

However, while S.D. is currently on overseas duty, A.T. has resigned from his post and fled the country.

Turkey has seen a wave of secretly recorded phone conversations, including the private phone calls of Prime Minister Erdogan, leaked to the media and various websites in recent weeks.

Commentators have blamed a 'parallel state' that has been established in Turkey to undermine the legitimate government ahead of local elections in March.

The 'parallel state' is believed to have many insiders working in the police force and judiciary and has been making headlines since a number of police raids targeting government loyalists started on December 17.

As a result, the government began a campaign of sackings and demotions in the police force, as well as a reform of the judiciary.

Turkish interior minister Efkan Ala said that Turkey has left its December 17 crisis behind and now no group can succeed in derailing the country's political will.

"[The parallel structure] has inflicted significant damage on Turkey, but it does not have a likelihood of success," Ala told Turkish Channel 7.

"There is a spirit in Turkey which from time to time manifests in the form of a force to dominate the national will by using various frailties within the system," Ala - who has previously referred to the December 17 operation as a "coup attempt" - said on Friday, calling the history of Turkey's multi-party system "a history of domination."

Referring to the four military coups of 1960, 1971, 1980 and 1997, the interior minister added "From now on no other group can succeed in setting the political will in a way other than democratic elections and derail it."