Turkish General Staff said that three Syrians had entered a mined terrain on southeastern border of Turkey with Syria, one died 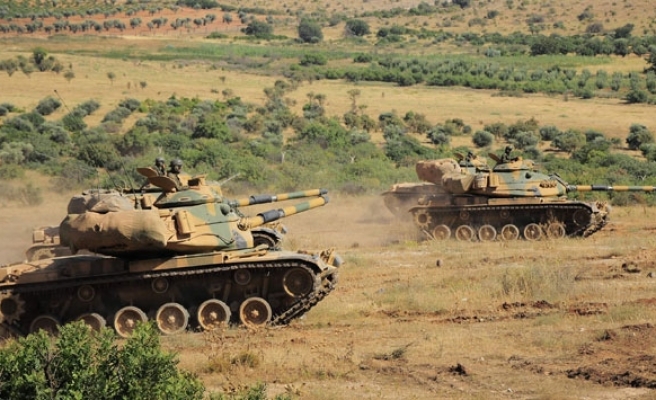 Turkish General Staff said that three Syrians had entered a mined field on southeastern border of Turkey with Syria early on Monday.

Those three trying to cross the border were detected by the regimental command in Kiziltepe district of southeastern Mardin province, according to the statement of Turkish Gen. Staff.

The Syrians entered the mined terrain despite the warnings of Turkish soldiers patrolling on the border, one of whom was killed in mine blast which occurred at 05.40 am and the rest surrendered to the security forces at daylight.

According to the statements of those surrendered, the Syrian killed in the blast was Mohamed Hassan, 22.