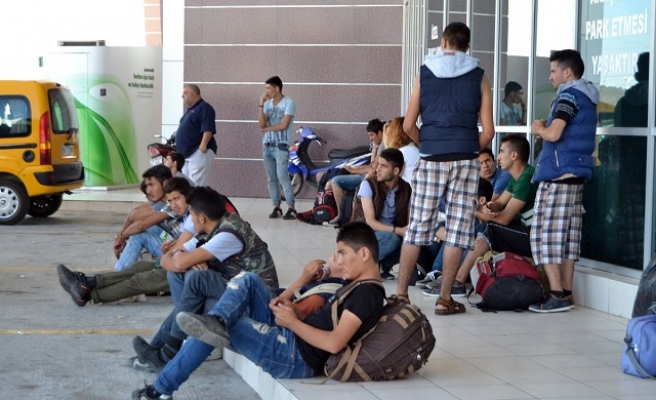 Hundreds of Syrian refugees hoping to cross the Turkish border into Greece or Bulgaria will be removed by the weekend, the local governor said Thursday.

Dursun Ali Sahin, the governor of Erdine province bordering Greece and Bulgaria, said the refugees, who are mostly Syrians, would have to return to refugee camps in southern Turkey.

“They have to leave here tomorrow and the day after tomorrow,” he said. “The refugees have been misinformed about migration to European countries and so they come to Edirne. If they stay in Edirne they will try to reach Greece or Bulgaria. We cannot permit them to stay here.”

He spoke as hundreds staged a sit-in protest at Edirne’s bus station, calling for the borders to be opened. Many refused food or water being offered by Turkish aid workers, insisting they wanted to continue into Europe.

Others are waiting at Istanbul’s Bayrampasa bus station in the hope of travelling to the border region and on to Europe.

“I want to thank the Turkish people,” refugee Imad Latif told Anadolu Agency. “They helped us but now we want to go European countries. That's our only dream.”

Ahmed Suleiman interrupted his university education to flee the war and has been unable to find work despite speaking three languages. “I believe that we will have a better life in Europe,” he said.

Mohammed Hussein, 25, came to Edirne with his wife and two-month-old son Mohammed. He said his remaining family had been killed in the civil war in Syria.

“I had no other choice,” he said. “If I stayed in Syria, I and my wife would die as well. We decided to leave the country when my son was born and we came to Turkey. From now on, I want a better future for my son, not me.”

One Syrian child, Seht Ali, said he had arrived in Turkey nearly a year ago. “My dream come true is to be a doctor after I finish my education,” he said. “I want to treat the suffering people like us if I become a doctor.”

With around 2 million refugees, Turkey is home to the world’s largest such population, according to the UN High Commissioner for Refugees.