Syria's refugee children in Turkey get music and art therapy

The governorship of Malatya launched courses in Beydagi container city to keep Syria's refugee children out of the negative effects of the war. 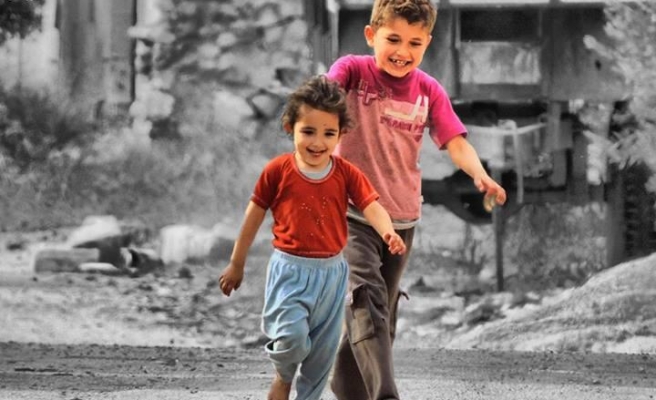 The children of Syrian families, who have fled the country’s civil war for refugee camps in the central Turkish province of Malatya, have been receiving music and art therapy.

The governorship of Malatya has opened courses in Beydagi container city to help the children deal with the negative effects of the war. Beydagi, in the village of Fatih, is been home to more than 7,000 of Syria’s refugees.

Baglama - an instrument with three double strings - teacher Kursat Celik told AA that the music is a significant part of the therapy.

"The kids are talented; some of them sing songs in Turkish. They look so happy. I think they are getting better with music and painting."

Celik will give lessons to 16 children for 6 months.

A Syrian girl, Mariyana Bakmisli aged 15, said that she used to live in Hama city in Syria before they fled the civil war with her family. Bakmisli also said that she began to be interested in Turkish folk music due to friendly atmosphere in Turkey.

"I want to sing for my country also. I love Turkey very much. It looks after us very well. Therefore, we want to do all we can do for Turkey," she added.

17 year old Hana Al Hussein, from Idlib city, said that he is very glad because he has learned many things about painting.

Beydagi is just one of 22 camps across Turkey's southeastern provinces including Gaziantep, Hatay and Malatya, which are sheltering just under a third, around 215,000, of the total Syrian refugees in Turkey.

The Syrian civil war, which will reach its third-year mark in March, has resulted in the deaths of over 130,000 people and displaced 6.5 million people internally, according to UK-based Syrian Observatory for Human Rights.

Over two million are now registered as refugees in the neighboring countries of Turkey, Lebanon and Iraq. According to recent data from Turkish Prime Ministry Disaster and Emergency Management Presidency (AFAD), the number of Syrian refugees in Turkey has exceeded 714,000; 70% of the refugees are women and children.

The Beydagi accommodation site was built in Fatih village of Malatya province by the AFAD Presidency, and began receiving Syria’s refugees as of 12 June 2013.

Beautiful story! I've linked to it on the National Youth Orchestra of Iraq's blog at NYOIraq.tumblr.com. Thank you!