Although the government evaluates problem areas well, the alterations do not provide permanent solutions, said a study conducted by the Turkish Economic and Social Studies Foundation (TESEV) Democratization Program. 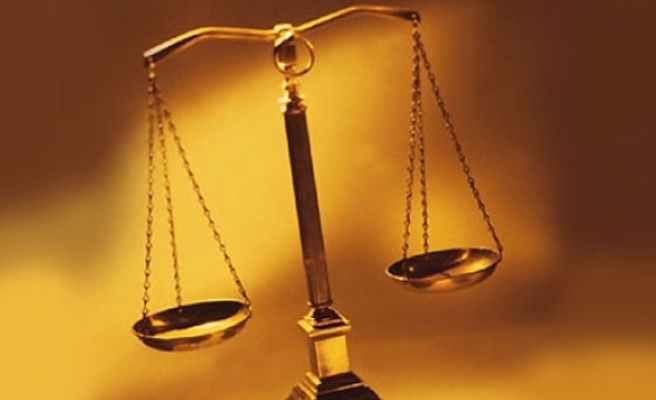 The government has introduced numerous judicial packages but those packages fall short of addressing core issues and meeting the public's expectations; they merely revise the old system rather than establishing rooted reforms, a new report has said.

The judicial packages that the government introduces, often known as “democratic reform” packages, contain changes to many laws at once and they have provided some limited advancement in Turkey's democracy. Although the government evaluates problem areas well, the alterations do not provide permanent solutions, said a study conducted by the Turkish Economic and Social Studies Foundation (TESEV) Democratization Program.

Introducing the study titled “Judicial Packages: An assessment from the viewpoint of rights and freedoms,” Hande Özhabeş said at a press conference on Monday that the goal of TESEV's report is to evaluate what the goals of each of the four judicial packages since 2011 and what has been achieved or not as a result.

“What the government has done should be applauded. The government showed a great interest in revising the old, problematic system. However, we have to evaluate whether or not those changes have really addressed existing problems. We can say that they have not,” said Naim Karakaya, co-author of the TESEV report.

According to the study, changes brought by the judicial packages with regard to freedom of thought and expression have not been adequate and there are still many laws restricting this right; problems in that area cannot be expected to be resolved simply with the creation of certain laws, the interpretation of these laws can also create problems.

The study cites the example of the broad interpretation of the “provoking violence” clause in laws in the framework of the Turkish Penal Code (TCK) and the Counterterrorism Law (TMK) that creates difficulties.

“Current violations of rights will continue as long as the judicial system sustains the mentality of protecting the state instead of individuals,” Karakaya said.

When it comes to securing personal freedom and security, especially regarding long detention periods, changes put in place through the judicial packages have also been inadequate.

“The criminal justice system does not work properly, leading to long detention periods and the violation of personal freedoms. Permanent solutions can be provided only through permanent reforms,” said Karakaya, adding that attitudes in relation to ailing convicts also present problems; 1,734 people lost their lives while in jail in the country between 2001 and 2011.

The study also suggests removing the TMK in order to provide a fair hearing for an individual, because in most situations the TMK provides the basis for the violation of this right.

“Some articles of the TMK violating individual's right to a fair trial have been removed and these are positive changes. However, there are articles limiting a suspect's right to speak to his/her lawyer to 24 hours and detention periods can be doubled if an individual is being tried on terrorism charges,” the study says.

Another example regarding an individual's right to a fair trial concerns a defense in a person's mother-tongue. Recent changes provide that right but remain insufficient because people who avail themselves of that right have to pay for the translation services and the ability to exercise this right remains limited to the period of investigation.

Another positive example noted was the removal of the statute of limitations for crimes of torture, but the study says that this change should also apply to crimes committed before the law was enacted.

Karakaya and Özhabeş concluded that the modifications to laws addressed the right issues but for an effective solution to the problems, radical reforms are needed.

Attorney Mehmet Uçum, who participated in the TESEV panel following the press conference, also said that the government's revisions made with the judicial packages clearly do not provide the needed reform of the system.

“Some people call the changes being brought by various judicial packages a ‘silent revolution' and this is true, but it is true only because they remain as changes being made within the system without reforming the system,” he said, advocating a new constitution for real reform.

“If you still have not solved the problems of people in society -- be they Kurds, minorities, headscarved women, people who need rights related to their sexual identity or disadvantaged people -- you cannot talk about real reform,” he added.

Also present at the panel was Kenan Özdemir, assistant undersecretary at the Department of Justice. In response to questions related to the TMK, he said that conditions in Turkey have always prevented the state from taking more radical steps.

“The question has been always there for us: Are the steps that we are going to take going to cause weaknesses in our ability to combat terrorism?” he said, adding that even though a lot of problems were anticipated before the judicial package passed, the conditions of the country required a delay in addressing those problems at that time.

He also said that of the 25 articles of the TMK, which first came into effect in 1991, only three articles have not been changed and the various modifications have been made in a positive direction. As the government is expected to introduce another judicial package on Sept. 30, Özdemir said the new steps should not be underrated.

“Expectations in relation to human rights are high and we cannot meet all of them at once. It should be understood that it is a difficult process and our advancements should not be underestimated.”