Thousands gather for Morsi in Diyarbakır

Thousands gathered in support of ousted President Morsi and the Muslim Brotherhood in Diyarbakır. 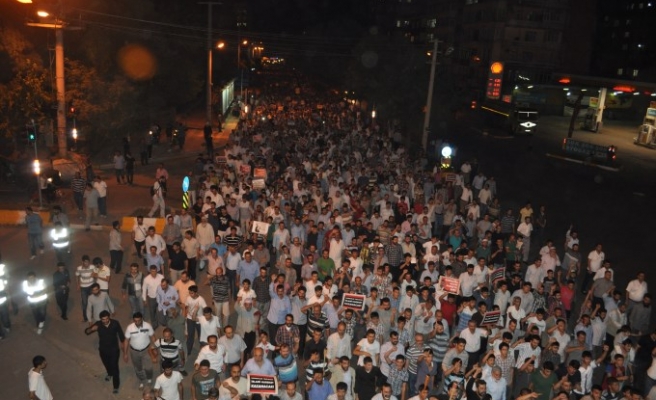 Demonstrations to support ousted Egyptian President Mohammed Morsi maintain around the world. Turkish protesters still mobilize protests against the Egyptian coup adminstration in Turkey. As of late, thousands of Turkish and Kurdish people marched to support Morsi and the Muslim Brotherhood on Diyarbakir's streets on Tuesday night.

Some 57 Turkish associations attended to the demonstration. The march was titled "Damn the Junta"

Protesters announced that they would gather again on Laylat al-Qadr (the blessed Night of Destiny) after the programme ends.