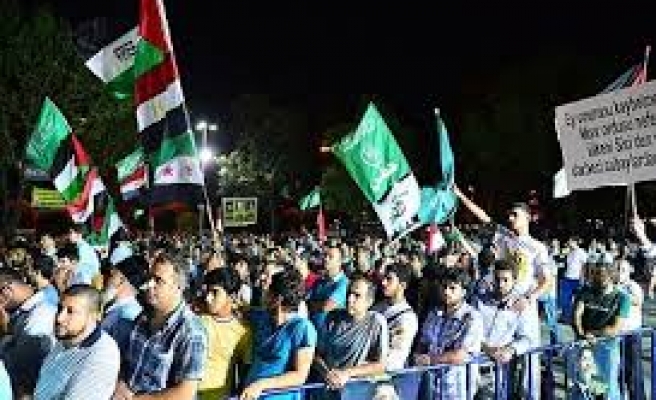 A Qunut prayer program which lasted for 40 days in Turkey and across the world in support of pro-democracy protestors in Egypt has ended.

The program started in Sarachane Park in Istanbul's Fatih district to support Egyptians who are resisting the military coup in their country.

The Qunut prayer was read for all people who were persecuted in regions such as Egypt, Syria, Palestine, Arakan and East Turkestan.

The prayers in Sarachane Park spread to Anatolia and across the world with thousands of people praying for Muslims in regions facing financial and humanitarian troubles, notably Egypt, Syria and Palestine, said Mehmet Guney, a representative of the Human and Civilization Movement.

Mohamed Morsi, Egypt's first democratically elected president, was ousted by the army on July 3 following mass protests against his presidency, which caused a deadlock in Egypt.