Thousands of Syrian kids to learn Turkish in Istanbul 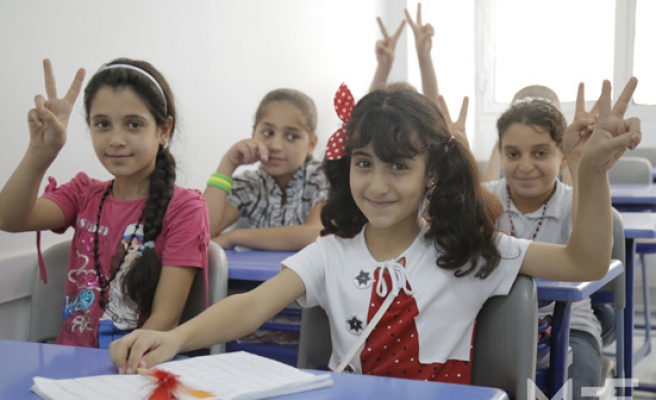 The Istanbul-based private Bahcesehir University (BAU) has launched an education project to teach Turkish to over 300,000 Syrian children and youths who have fled the five-year-long civil war in their country.

Assistant Professor Ulas Sunata, the founder director of the Center of Migration and Urban Studies (BAUMUS), told Anadolu Agency that educating the language was the most vital part of an adaptation to Turkish culture for refugees.

Indicating that the university was in cooperation with the Education Ministry as well as Istanbul municipalities and non-governmental organizations (NGOs) for the project, Sunata said: "As Turkey, we should immediately carry out more integration projects for the refugees."

According to Sunata, the children will follow courses during the summer.

The conflict in Syria has now driven more than four million people – a sixth of the country’s population – to seek sanctuary in neighboring countries, making it the largest refugee crisis for a quarter of a century, according to the UN.

Turkey is now the largest refugee-hosting country in the world, sheltering over 3 million Syrians.