Ambulances and fire crews quickly arrived on the scene where they battled flames and attended to the wounded. Three removed from wreckage of building 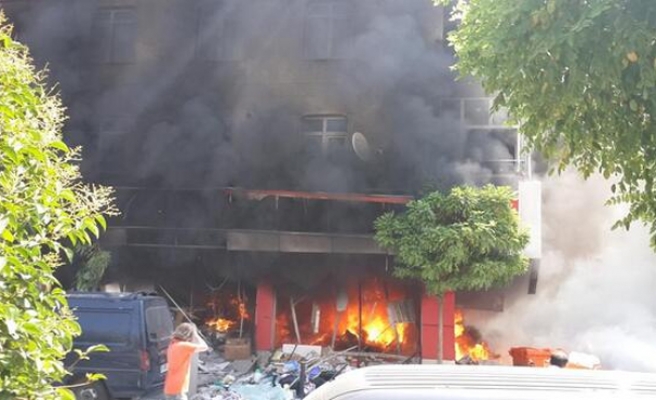 A third body has been removed from the wreckage of a building following a gas explosion in the Zeytinburnu district of Istanbul.

The Governor of the largest city in Turkey, Huseyin Avni Mutlu, said the blast earlier on Saturday, in the ground floor premises of a four-storey building, was linked to a domestic gas supply.

Eleven people, including a firefighter, were injured in the explosion.

Eye-witnesses to an apparent gas explosion in Istanbul have described how a pregnant woman was forced to leap to safety from a balcony.

"She jumped down from the balcony on to a sheet held by the people around and was taken to the hospital afterwards," a witness said.

Istanbul Governor Huseyin Avni Mutlu said Saturday’s blast, in a ground floor premises of a four-storey building in Zeytinburnu district, was linked to domestic gas. There is no indication of any link to terrorism, he added.

Firefighters are checking the building and an investigation is underway.

Meanwhile, official gas supplier IGDAS said there were no natural gas facilities in the area of the explosion so the blast could not have been caused by "gas compression".

On Friday, one person died and 36 were injured in a gas explosion at a bakery in the city of Denizli, southwestern Turkey, the disaster management agency said.

In 2008, a similar explosion took place in an unlicensed firework workshop in Zeytinburnu, causing 21 deaths.