Among the dead are two Kurdistan Workers’ Party (PKK) fighters 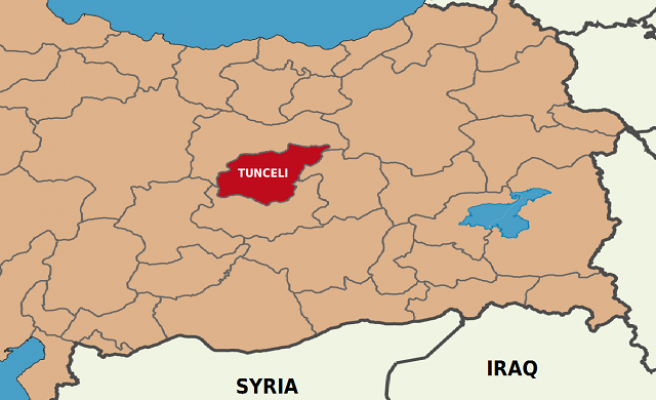 According to the sources, a group of PKK fighters had opened fire on Sehit Nahit Bulut Police Department on Cumhuriyet Street in Mogultay neighborhood.

Police responded to the attack and in the resulting exchange of fire, two fighters were killed at the entrance of the police station.

Security teams have been dispatched to the area to contain the ongoing clash, sources added.

The patrolling Turkish soldiers were from Yesilbulak Military Guard Post of the 4th Border Battalion, the sources added.

The wounded soldier was transferred in a military helicopter to Dursun Odabasi Medical Center in Van Yuzuncu Yil University Faculty of Medicine.

Security forces launched an operation in the area to nab the attackers.

Also on Friday, one civilian was killed and two others, including a child, were wounded when PKK fighters opened fire on a pickup truck in southeastern Sirnak province, security sources added.

The 27-year-old driver of the vehicle succumbed to his wounds while being transferred to Sirnak State Hospital. A six-year-old child and a specialist sergeant were wounded in the attack, the sources added.

Operations against the outlawed PKK came after it renewed attacks on Turkish security forces in the aftermath of the July 20 Suruc bombing on Turkey's southern border that left 34 people dead.