350,000 tourists enjoyed the spectacular view of Cappadocia from the air in last three years, thanks to air balloon rides. 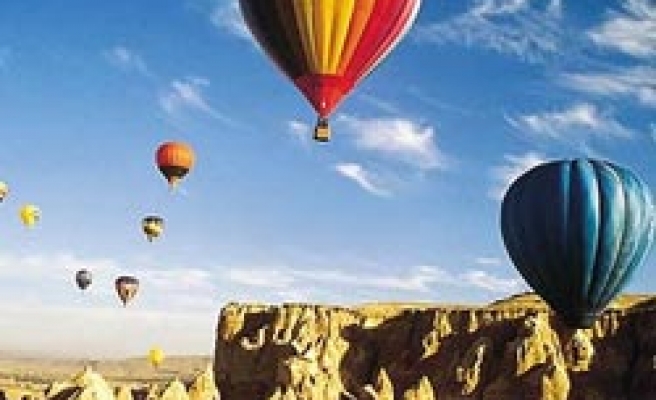 350,000 tourists enjoyed the spectacular view of Cappadocia --a region famous with its fairy chimneys-- from the air in last three years, thanks to air balloon rides.

According to figures compiled from the air balloon companies based in the region, 100 thousand local and foreign tourists took air balloon rides over the region in 2008, 150,000 people in 2009 and 100 thousand people so far in 2010.

The rides which began 25 years ago with test rides of a single company grew into an industry over time with 16 companies operating in the region with 71 balloons.

Tourists enjoy the Cappadocia view from an altitude of 500-600 meters in balloons capable of carrying three to 36 people.

The rides which contribute millions of USD to the national economy attract tourists from Spain, France, U.S., Germany, Russia and Far Eastern Countries.