Iraqi citizens will no longer be able to enter Turkey with a sticker visa, and instead will need to apply for an electronic or paper visa 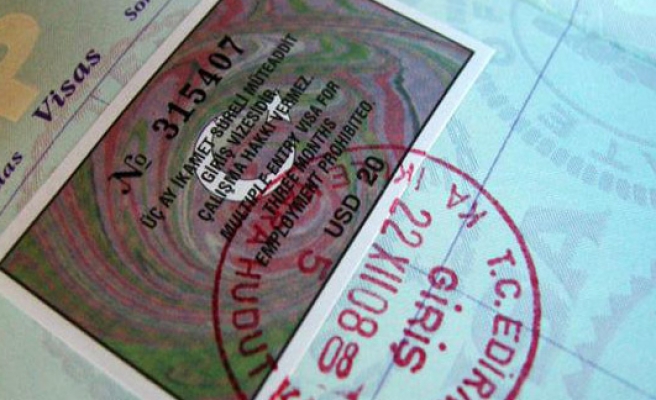 Turkey has tightened its visa rules for Iraqi citizens as a sign of its "determination to fight illegal immigration," the foreign ministry said Saturday.

Now Iraqi nationals will have to pre-apply for either an electronic or a paper visa to enter the country, the ministry said in a statement.

"The said changes have been made in line with our country's determination to fight illegal immigration," it said.

Those who hold a valid visa or residence permit issued by the US, UK, Ireland or a Schengen country will be able to travel to Turkey with only an electronic visa.

But those who don't will now have to apply for a visa online and then obtain it from a Turkish diplomatic consular mission, the ministry said.

"With the new regulation, sticker rules have been abolished," it added.

Turkey, which is sheltering 2.7 million refugees from Syria's civil war, has become a hub for refugees seeking to move to Europe.

The country is hosting another 300,000 Iraqi refugees.

Ankara reached an agreement with the European Union in November to stem the flow of refugees bound for Europe in return for three billion euros ($3.2 billion) in financial assistance.

But the agreement has so far failed to check the tide of arrivals.

"Turkey needs to adopt the same visa policy as EU otherwise it won't be possible to decrease the flow of refugees," French Interior Minister Bernard