Chinese corporation, CPMIEC on Thursday won the tender of a project for Turkey's "long-range air and missile defense system" 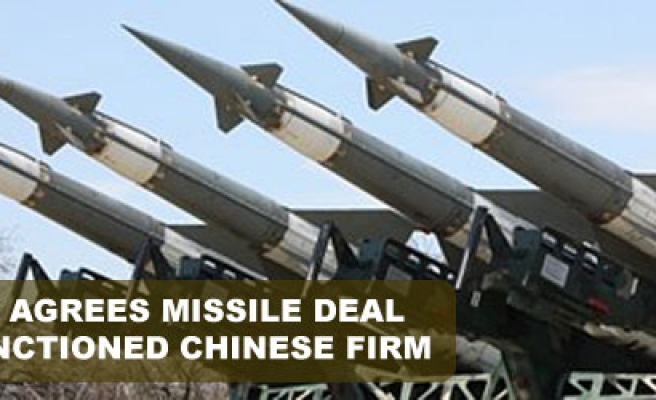 The Chinese firm, CPMIEC on Thursday won the tender of a project for Turkey's "long-range air and missile defense system."

Under the chairmanship of Turkish Prime Minister Recep Tayyip Erdogan, the executive committee of the defense industry gathered on Thursday to take decision for the issues on the agenda.

The written statement indicated that the contract negotiation between Chinese CPMIEC corporation and Turkey to manufacture the systems and missiles has been decided to begin within the framework of the long-range air and missile defense system.

FIRM SANCTIONED BY US

The Chinese defence firm has been sanctioned by Washington.

In February, the United States announced sanctions on CPMIEC for violations of the Iran, North Korea and Syria Nonproliferation Act.

It did not say precisely what CPMIEC had done, but Washington has penalised the company before. In 2003, Washington said it was extending sanctions on the firm for arms sales to Iran. It was unclear when those measures were first imposed.

Officials at state-run CPMIEC, the marketing arm of China’s missile manufacturing industry, could not immediately be reached for comment.