Turkey and U.S. look at world 'through different lenses'

A US intelligence official has told the Wall Street Journal that Turkey and the US look at the world ‘through different lenses’, as the two nations differ on Syria. 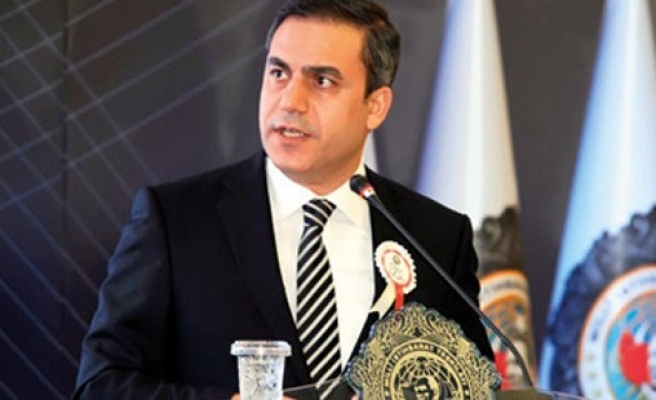 Present and former US intelligence officials have spoken to the Wall Street Journal, explaining the differences between Turkish and American views on how to tackle the Syria issue. They particularly noted US opinions on Turkish intelligence chief Hakan Fidan.

Hakan Fidan, 45, a doctorate graduate in Political Science, arrived on the scene as an advisor to the Turkish Prime Minister Recep Tayyip Erdogan in 2007. Within three years he became the head of Turkey’s National Intelligence Organization (MIT) and lead the way in uncovering Turkey’s secret military, known simply as Ergenekon. His work on this case saw the arrest, trial and sentencing of a number of top military officials who were accused of planning to create chaos in Turkey and bring down the democratically elected government in a coup.

This weakened the US hold on the Turkish military and control over Turkey’s political affairs by forcing the Turkish army, which had previously conducted four coups in the republic’s 90-year history, to become subservient to the government. Although Turkey is still a US ally, the crackdown on Ergenekon gave Turkey a higher degree of independence over its domestic affairs. Hakan Fidan quickly filled the power vacuum left behind by Ergenekon to become one of the most prominent spy masters in the Middle-East.

"Hakan Fidan is the face of the new Middle East," said former U.S. ambassador in Turkey and Iraq, James Jeffrey. "We need to work with him because he can get the job done, but we shouldn't assume he is a knee-jerk friend of the United States, because he is not," he said.

Turkey has been using the Arab Spring to expand its influence in the Middle-East, and Hakan Fidan has been key to this. However, as is becoming ever more apparent, differences are beginning to show between US and Turkish interests. The US is worried that Turkish intelligence officials may be arming rebels in Syria’s civil conflict who may prove more dangerous to US interests in the region than the current ruling regime of Bashar al-Assad. Hakan Fidan particularly alarmed US intelligence agencies when he passed on sensitive information collected by the US and Israel to Iran. This lead an Israeli intelligence official to say the Fidan was "not an enemy of Iran."

According to the article in the Wall Street Journal, US officials and Middle-Eastern diplomats said that MIT under Mr. Fidan acts like a "traffic cop" in that it arranges weapons drops and lets convoys through checkpoints along Turkey's border with Syria. Salih Muslim, the head of the biggest Kurdish party in Syria claimed that Turkey was arming radical Islamist groups to fight against Kurdish rebels in northern Syria. While the US fears that Turkey may be arming the Islamist rebels, Turkey have also acknowledged the threat of radical Islamist groups active along its border, and have blamed the US for not supporting the moderate Syrian opposition enough, thus resulting in more radical groups coming to power.

An unnamed US intelligence official is quoted as saying that the US and Turkey clearly "look at the world through different lenses."