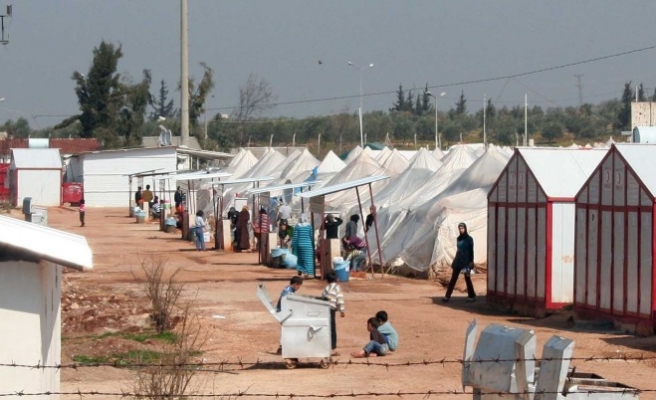 Turkey has begun handing out food and other humanitarian aid to Syrians right on their common border as the worsening conflict in Syria makes aid distribution there increasingly difficult, Turkey's disaster and emergency body said on Saturday.

The move coincides with a sharp increase in the number of Syrians fleeing the fighting in the 17-month-old uprising against President Bashar al-Assad, taking the total in Turkey to nearly 70,000 and challenging its ability to cope.

The humanitarian situation in Syria has deteriorated as fighting escalates, cutting off civilians from food supplies, health care and other assistance, aid agencies say.

"The distribution of humanitarian aid by our country right on the border with Syria has begun," Turkey's Disaster and Emergency Management Directorate (AFAD) said in a statement.

Turkey has told the United Nations of the new practice and has opened a centre in its southeastern town of Gaziantep to receive international aid, AFAD said, adding that it needed dried, tinned and baby food, bedding and personal hygiene items.

The Turkish Red Crescent has also set up sites at four places on the border with Syria to receive local donations.

More than 170,000 Syrians have been registered in neighbouring countries - Iraq, Jordan, Lebanon and Turkey - according to the U.N. refugee agency.

Some 1.2 million people are uprooted within Syria, many staying in schools or other public buildings, according to the U.N. regional humanitarian relief coordinator.

There has been a diarrhoea outbreak among residents of Rural Damascus province because the water supply has been contaminated by sewage, the World Health Organisation (WHO) said.

The number of Syrians in Turkey has risen sharply from 44,000 at the end of July, and Ankara is concerned there may be a flood of refugees from the major northern city of Aleppo as the conflict there intensifies.

Turkish Foreign Minister Ahmet Davutoglu on Friday welcomed the United Nations' appointment of Lakhdar Brahimi as the new international mediator on Syria but said he would need consensus in the U.N. Security Council if his mission was to succeed.

Turkey is setting up four new refugee camps to cope with the influx: two in Gaziantep, one in Kahramanmaras and one in Osmaniye. It already has eight tent cities - five in Hatay, two in Sanliurfa and one in Gaziantep - and a camp of prefabricated housing for 12,000 people in Kilis province.

Setting up the new camps would bring the cost of caring for the refugees to around 300 million Turkish lira ($167 million), AFAD said.