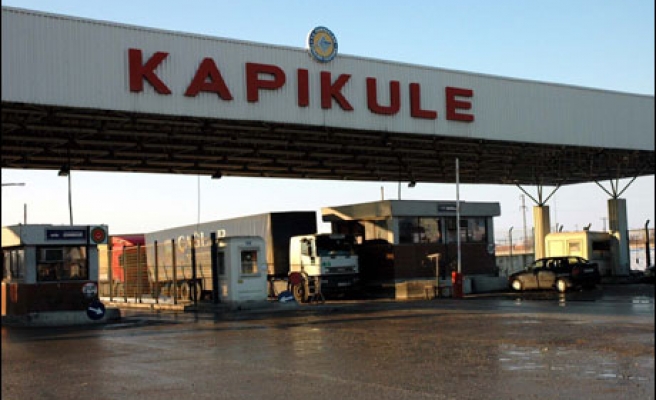 The withholding of the transit permits launched a recent border dispute.

“We are in the right, therefore our neighbor Bulgaria must grant the promised documents. We will suffer from the closed borders, but Bulgarian carriers will suffer more,” Yazici told journalists at a hotel in Tekirdag city.

Turkey and Bulgaria closed their borders last week after Sofia approved only 5,000 of the 125,000 transit permits requested for Turkish trucks at the beginning of the year.

Stressing that international transport laws require Bulgaria to grant the permits in six installments, Yazici said that over a hundred trucks were waiting to cross Turkey's Kapikule bordering gate with Bulgaria in both directions.

Truck drivers have been turning to alternative routes by sea and by land through the Ipsala border gate with Greece.

Referring to the approximate 700 trucks waiting at the Ipsala border gate, Yazici said that the weekend traffic density was due to drivers' efforts to deliver before the week's start.