Turkey calls on UN to intervene against Israel 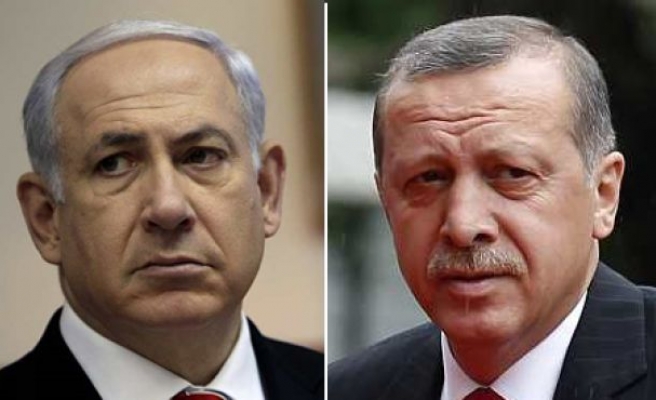 Erdogan said in a phone conversation with UN Secretary-General Ban Ki-moon on Friday, that the ceasefire agreement signed between Israel and Palestine in 2012 should be reinstated, according to Turkish Foreign Ministry officials.

He said that the Israeli government needed to understand that national security could only be ensured through a fair and comprehensive peace.

Following the conversation, Erdogan also had a phone conversation with Iranian President Hassan Rouhani, during which the two leaders agreed that the Israeli offensive must end.

Erdogan and Rouhani both stressed the urgent need for a ceasefire and provision of humanitarian aid to the Gazans.

The two leaders also agreed that the foreign ministers of both countries would stay in close contact in order to take the initiative in helping halt the attacks and provide humanitarian aid.

According to the Palestinian Health Ministry, 121 Palestinians have been killed and 904 injured since Israel's operation began on Tuesday, following a rise in tensions after three Israeli teenagers were found murdered last month and a Palestinian teenager was killed days later in a suspected revenge attack.

Israeli jets have carried out air attacks while Hamas has reportedly fired rockets into Tel Aviv and as far north as Haifa, 130km away from Gaza.

There have been no reports of Israeli fatalities.

"It is unacceptable for citizens on both sides to permanently live in fear of the next aerial attack," Ban said in an emergency UN Security Council session convened pm Thursday amid fears of a ground invasion by Israeli forces in Gaza.

Ban warned of the risk of "an all-out escalation" of conflict in Gaza amid Israel's four-day-old offensive and called for a ceasefire between Israelis and Palestinians, adding that the threat of an Israeli ground offensive was "palpable", and an escalation was "preventable only if Hamas stops rocket firing (rockets)."

Israeli warplanes have pounded the Gaza Strip over the past four days as part of a military offensive – dubbed "Operation Protective Edge" – with the stated aim of ending rocket fire from the embattled coastal enclave.

Gaza-based resistance factions, meanwhile, have continued to fire short-range rockets into Israel – without causing any fatalities – in response.

The Israeli Foreign Ministry claimed on Thursday that at least 681 rockets had been fired at Israel from Gaza since 7 June.