Turkey is celebrating Ramadan Feast with people waking up early on the first day for Eid prayer. 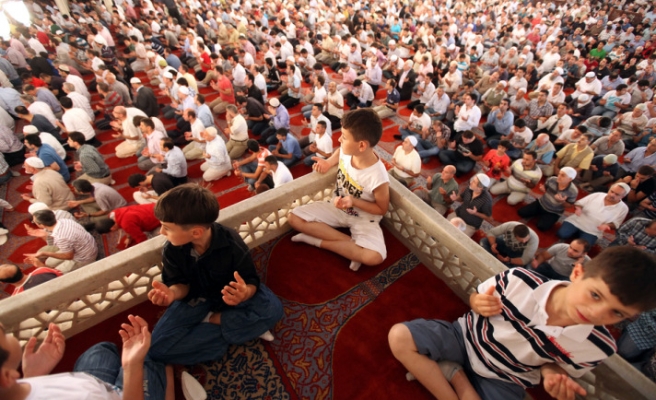 Turkey is celebrating Ramadan Feast ( Eid Al-Fitr ) with people waking up early on the first day for Eid prayer. People put on their best clothes which they buy specifically for the occasion.

They eat a large breakfast which symbolizes the end of the fasting period, which Muslims observe during the preceding month of Ramadan.

During the Ramadan Feast, people treat their guests to sweets and traditional desserts. It is a tradition to visit one's relatives, especially older ones, and kiss their hand as a sign of respect.

The Ramadan Feast is an official holiday that continues for three days in Turkey. Public offices, schools and most private businesses are closed during this period.

Speaking to reporters following his prayer, President Gul said that he hoped the Ramadan Feast will contribute to love and brotherhood among all citizens.