Istanbul Chief Public Prosecutor says some Turkish media outlets are trying to confuse public opinion with reports that ten bullets -- rather than five -- were found in body of late prosecutor Kiraz, who was killed in deadly raid on Turkey’s biggest courthouse. 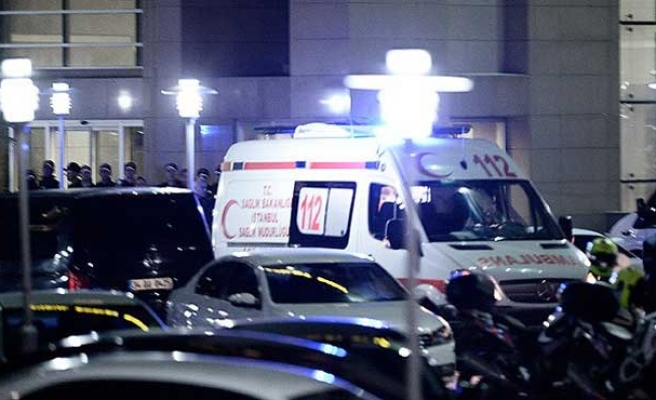 On Tuesday, members of the DHKP-C armed group raided Istanbul's courthouse and killed Prosecutor Kiraz after taking him hostage for nearly eight hours.

He refuted the news reports, which he said were aimed at confusing public opinion.

The forensic analysis carried out by the Council of Forensic Medicine in Istanbul revealed on Thursday that the terrorist’s 7.65mm firearm was used in the prosecutor's murder.

Kiraz was taken hostage by terrorists belonging to a Marxist-Leninist group on Tuesday noon at Caglayan Courthouse and was shot by the two DHKP-C terrorists by his captors after hours of negotiations between Turkish police forces and hostage-takers.

Hearing gunshots from the room where Kiraz was held, security forces headed in and killed the two terrorists. Kiraz later died of his wounds at the hospital.

He had been overseeing the case of Berkin Elvan, 15, who was critically injured during 2013’s anti-government Gezi Park protests and died after almost nine months in a coma.

Targeting security officials, high-profile politicians and carrying out suicide bombings, the group is listed as a terrorist organization by Turkey, the United States and the European Union.

Security forces have responded with a crackdown on the group. Early Thursday, police detained 24 people in Istanbul for alleged links with the group, which is listed as a terrorist organization by Turkey, the U.S. and the EU.

Police also raided 38 different locations, including a culture center and buildings of some associations in Istanbul’s Okmeydani district, following an assault on the Istanbul police department, in which one attacker was killed and another was arrested on Wednesday. Two unlicensed guns, an automatic rifle, a jammer device and a number of bullets were seized during the operation.