Military headquarters said in a statement that in coordination with the air operations, Turkish artillery had also struck 85 targets in the region. 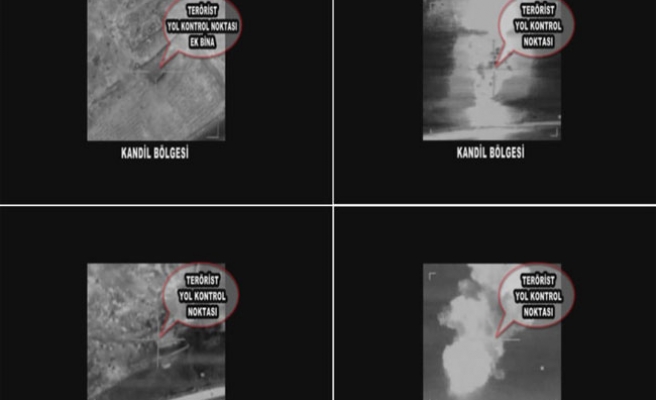 Turkish General Staff said on Saturday that 85 targets in Zap, Avashin-Bashyan and Kharkurk regions were hit with artillery fire acting in coordination with the air operation.

The General Staff said in a statement posted on its web-site on Saturday that Turkish warplanes hit 20 target groups in Qandil Mountain in north of Iraq, Sinath-Haftanin, Kharkurk and Gara regions on August 19 in the morning and evening.

Turkish warplanes struck PKK militant targets in northern Iraq in a third consecutive night of airstrikes, military headquarters said on Saturday, adding that the planes had all returned safely to their bases.

The strikes follow a surge in attacks by Kurdistan Workers Party (PKK) militants against the Turkish military. Late on Friday, a Reuters witness said at least 10 war planes had taken off from an air base in southeastern Turkey.