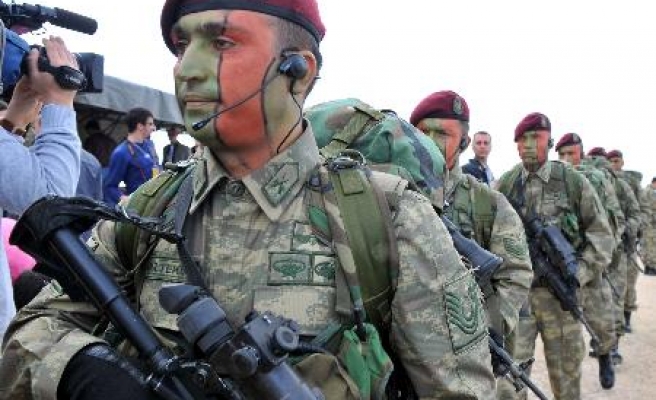 Turkish President Abdullah Gul, Prime Minister Recep Tayyip Erdogan and the Turkish Armed Forces (TSK) were infuriated when an article published by a newspaper claiming that the followers of congregation leader Fethullah Gulen almost seized control of the Turkish army with the latter arguing the move was aimed at tarnishing "institutional identity" of the military.

The first reaction came from President Gul who issued a brief statement to the daily Aksam’s article that was arguing that pro-Gulen officers took control of the TSK’s top decision-making bodies and that 40 high-ranking generals were under direct influence of what the government calls the “parallel state.” that appeared in the headline of the newspaper on June 27th.

According to the statement issued by the Presidency, Gul described the article as an example of irresponsibility and expressed his deep sorrow. “At a moment when our region is passing through extraordinary developments; our president reminded that utmost sensibility should be displayed on publications about the Turkish Armed Forces as the guarantee of our national interests,” it read.

The TSK gave a more comprehensive statement on early Saturday which said it was observing a campaign against the army for the last few days through commentaries broadcasted in TV shows and in the newspapers.

The statement said, the purpose of such commentaries is to give the perception that some structures out of military hierarchy and discipline could well be flourished inside the TSK.

“These comments and claims aiming at creating a negative perception about the TSK’s institutional identity and its personnel have no legal, humane and conscientiously basis. No any legal evidence or document have been sent to the TSK from intelligence organizations for making an administrative/legal investigation over such claims possible,” it stressed.

The TSK has frequently stressed it was standing as a constitutional institution functioning upon the government’s instructions and within the frame of laws adding that’s its duty was to clear the army from illegal structures and individuals.

Prime Minister Erdogan's office also refused the allegations on June 28. "What should be done against the attempts to form secret structures in public institutions, including the TSK, is enshrined in the laws of our country, which has a democratic state based on the rule of law," the Prime Ministry said in a written statement also calling the media to be "more meticulous" about the issue.

Once a supporter of Erdogan's ruling AK Party, the the movement fell out with the government over a number of issues including the attempted prosecution of Turkey's intelligence chief Hakan Fidan in 2012 by a prosecutor believed to be allied to Gulen.

The split was confirmed last Autumn when the movement protested Erdogan's call to transform prep schools into private schools.

The movement claimed that their prep schools, from which they earn a bulk of their income, could not be transformed and thus faced closure.

Erdogan then accused prosecutors and police officials loyal to Gulen of attepting a post-modern civilian coup on the government with accusations of corruption.

After a number of government loyalists were arrested in raids on December 17, Erdogan initiated a purge on the country's police and judiciary, forcing hundreds out of their posts.