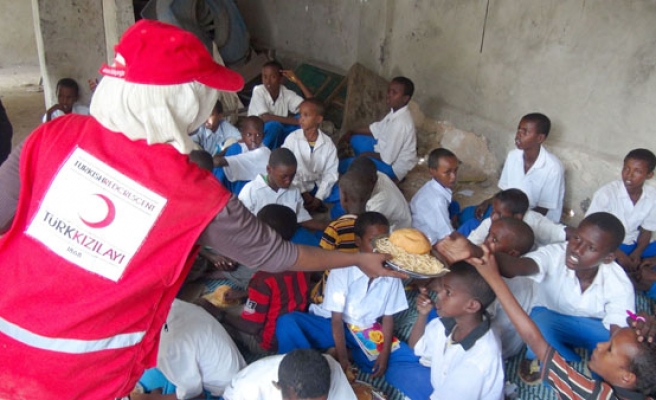 The Turkish Foreign Ministry denied Sunday that it had cut off aid to Somalia over allegations of graft in the east African country.

"We are working on the donation plan to Somalia for the year 2014 within the scope of our comprehensive support to the Somali government," the ministry said in a statement.

A report published Sunday quoted an unnamed Turkish foreign ministry official as saying the support payments to Somalia had stopped at the end of 2013. Turkey's aid has been a significant source of funding for the Somali government, which is trying to rebuild the country after more than two decades of war and lawlessness.

The report also quoted an unnamed Somali government official as confirming that Turkish aid had been cut off.

The Foreign Ministry statement said that Turkey sent cash to Somalia between June and December of 2013 following a request from the Somali president for help with his country's budget deficit. The money was delivered in cash because the Somali banking system was not working, the statement said.

The ministry said that the visit to Somalia in 2011 by Turkish Prime Minister Recep Tayyip Erdogan marked a turning point in Somali history, because Turkish people, companies and foundations have donated billions of Turkish Liras for health care, education, infrastructure and other humanitarian projects for the country.

The statement said that Turkey and its people would continue to stand with the Somali people.