Turkey detains 64 for trying to prevent voters from casting

64 people were detained in Istanbul on charges of trying to prevent people from casting vote. 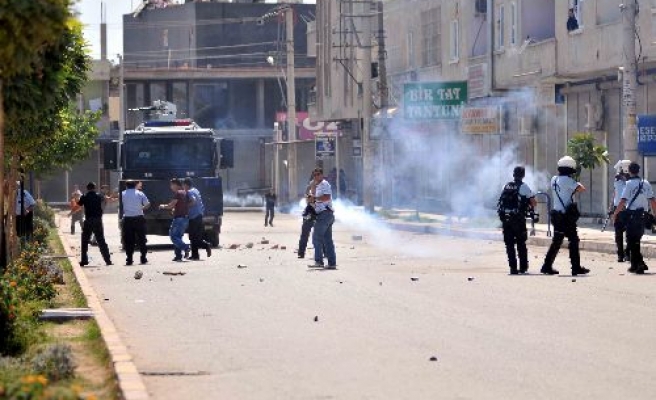 64 people were detained in Istanbul on Sunday on charges of trying to prevent people from casting vote.

Separately, 523 people wanted by the police were detained in Istanbul while they were casting their votes.

15,000 police were assigned to ensure the security of the referendum in Istanbul.

In a separate incident, one soldier was slightly injured when unidentified assailants opened gunfire on a military vehicle ensuring security of another vehicle carrying ballot boxes near Agacdibi village in southeastern province of Hakkari.

From the ballot boxes counted: 15,318 (10.08 percent of total) over the government-backed package of constitutional reforms showed that 67.1 percent of the voters approved the amendments while 32.9 percent voted against.

Five referenda have so far been held in Turkey regarding constitutional amendments.
The first referendum took place for 1961 Constitution which was prepared after military intervention on May 27, 1960. The constitution was adopted with 61.7 percent affirmative votes in the referendum, held on July 9, 1961.

Under the constitution submitted to referendum, Cemal Gursel was elected as the fourth president of Turkey.

After 21 years, Turkish voters went to polls for the second time to vote on 1982 Constitution which was prepared after military intervention September 12, 1980.

Third referendum took place on September 6, 1987 to decide whether the banned leaders should be allowed to return to politics or not.

According to results announced by Higher Electoral Board on September 12, 1987, 50.3 percent of the electors voted "yes" and 49.8 percent voted "no" out of the 24,436,821 electors. The political bans were thus cancelled.