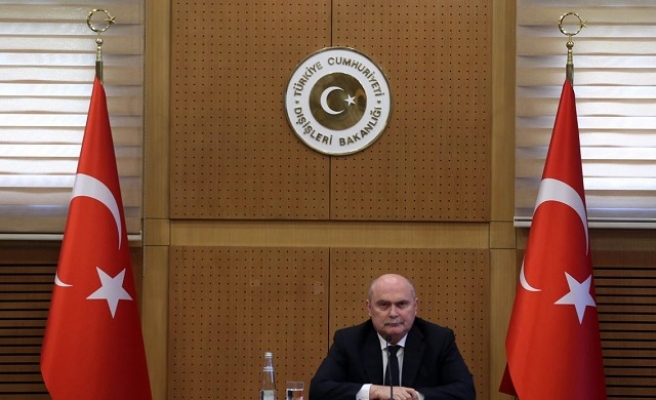 Turkish Foreign Minister Feridun Sinirlioglu on Friday slammed an EU offer of financial help to Turkey to ease the refugee crisis as unacceptable, saying an action plan agreed in Brussels was a draft and not final.

"There is a financial package proposed by the EU and we told them it is unacceptable," Sinirlioglu told reporters.

He said the action plan agreed late Thursday is "not final" and merely "a draft on which we are working".

The EU and Turkey had struck late Thursday what was described as a deal on an action plan aimed at stemming a massive influx of refugees into the bloc.

The minister complained that the EU had been seeking to give the funds out of the budget allocated for Turkey.

The final offer had to be more than the "insignificant and meaningless amount that they proposed before," he said.

He refused to provide any exact amount Ankara required but said: "If (the EU) delivers 3 billion euros ($3.4 bn) in the initial phase, it would be meaningful."

"We have spent $8 billion (on refugees) and our gross national product is around $800 billion. Their (GNP) is $18 trillion.

"Three billion euro versus $18 trillion (GNP) is comic but it is much better than the $500 million that they had delivered."

Turkey is the main departure point for the more than 600,000 refugees who have entered Europe this year, most of them making the short but dangerous sea crossing to the Greek islands, but some also coming by land.

Meanwhile, German Chancellor Angela Merkel is due in Istanbul for talks with Turkish leaders on Sunday.

However Sinirlioglu did not seem impressed by the sudden diplomatic traffic.

"The EU all of a sudden have rediscovered Turkey," he commented.

"Turkey is not a country to just be remembered at times of crisis and not a county to cooperate with only for tactical reasons," he noted.