Turkish Foreign Ministry says the 'preposterous text' of the resolution repeats the anti-Turkish clichés of the Armenian propaganda. 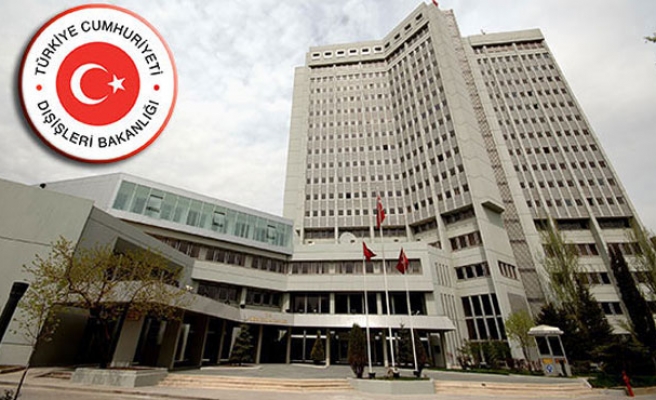 Turkey has strongly rejected a European Parliament resolution that recognizes the 1915 events affecting Armenians as "genocide."

Turkish Foreign Ministry said in a statement Wednesday that the European Parliament, "which is known for contriving obstacles to the development of Turkey-EU relations aspired once again to rewrite history regarding the 1915 events, as it has attempted to do so previously.

"This aspiration has resulted in a preposterous text of resolution dated April 15, 2015 which literally repeats the anti-Turkish clichés of the Armenian propaganda," the statement said.

The ministry accused the European Parliament of repeating “exactly a mistake it has made in the past in an incompatible way with international law and exceeding its competence."

"We do not take seriously those who adopted this resolution by mutilating history and law," the statement said. "The participation of the EU citizens with a rate of 42% in 2014 elections already implies the place that this parliament occupies in the political culture of the EU."

The ministry also said: "Those adopting this text may perhaps recall that the EU was established on the pillars of reconciliation and peace culture, and on the basis of principles such as democracy, human rights and free market economy.

“We wish success to the politicians who supported the adoption of the resolution today in the European Parliament, in their entrenched partnership with those who have nothing to do with European values and feeding on hatred, revenge and the culture of conflict.

“As a matter of fact, contrary to the values constituting the essential reason for the existence of the European Parliament, this selective and one-sided approach of the European Parliament with regards to the 1915 events has the potential to harm relations between Turkey and the EU, and falls far behind from bringing a solution to the issue between Turkey and Armenia.

“Naturally, this resolution cannot merely be explained away by either lack of knowledge or ignorance.

“Unfortunately, what lays behind is a religious and cultural fanaticism and indifference towards others regarded as different.

“If the European Parliament wishes to contribute to building a common future for European peoples, it should realize that this cannot be achieved by excluding different religions and cultures.

“As for 1915 events, it is evident that Turkey has assiduously fulfilled its duty with regards to memory. We hope that Armenia also achieves such a level of maturity as soon as possible.

“Members of the European Parliament may better encounter their own past and remember especially their roles and responsibilities in the most abhorrent calamities of humanity such as World War I and World War II, well before dealing with the 1915 issue,” the statement added.

The European Parliament resolution said that the importance of keeping alive the memories of the past was paramount, since there could be no reconciliation without truth and remembrance.

Wednesday's vote comes a day after the European Union urged Turkey and Armenia to normalize their relations following a spat prompted by remarks made by Pope Francis over the 1915 events.

The 1915 events took place during World War I when a portion of the Armenian population living in the Ottoman Empire sided with the invading Russians and revolted against the empire.

The Ottoman Empire relocated Armenians in eastern Anatolia following the revolts and there were Armenian casualties during the relocation process.

Armenia has demanded an apology and compensation, while Turkey has officially refuted Armenian allegations over the incidents saying that, although Armenians died during the relocations, many Turks also lost their lives in attacks carried out by Armenian gangs in Anatolia.

The Turkish government has repeatedly called on historians to study Ottoman archives pertaining to the era to uncover what actually happened.

The debate on "genocide" and the differing opinions between the present-day Turkish government and the Armenian diaspora, along with the current administration in Yerevan, still generates political tension between Turks and Armenians.

Turkey's official position against allegations of "genocide" is that it acknowledges the past experiences were a great tragedy and that both parties suffered heavy casualties, including hundreds of Muslim Turks.

Ankara agrees that there were Armenian casualties during World War I, but says that it is impossible to define these incidents as "genocide."

In 2014, then Turkish Prime Minister Recep Tayyip Erdogan expressed his condolences for the first time to all Ottoman citizens who lost their lives in the events of 1915.

"May Armenians who lost their lives in the events in the early 20th century rest in peace, and we convey our condolences to their grandchildren," Erdogan said.