They arrived in Istanbul on a Turkish Airlines flight from Misurata, a city in the northwest of the country. 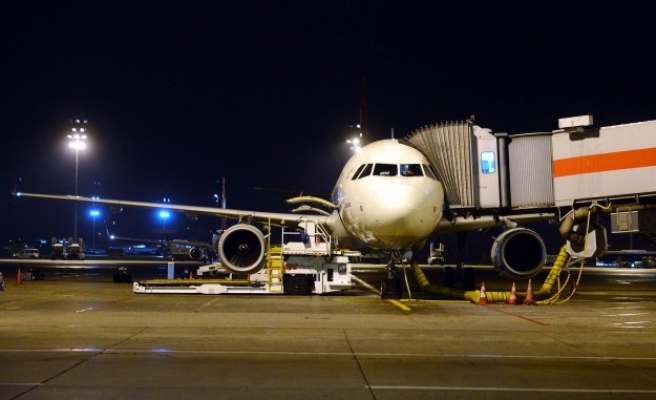 Nearly 400 Turkish people working for a Turkish firm in Libya have returned home out of fears for their personal security.

The Turkish Foreign Ministry last week decided to repatriate the 369 workers, most of whom were employed in the construction industry, due to the deteriorating security situation in Libya.

They arrived in Istanbul on Monday night on a Turkish Airlines flight from Misurata, a city in the northwest of the country.

Construction company ENKA's manager, Isa Ozinan said that his firm has five building sites in different places in the capital of the Wadi al Hayaa District of Ubari town in southwestern Libya. He stressed that two weeks ago two tribes families started to fight for their share of oil.

“We decided to evacuate from the region upon receiving news of conflicts and closed the construction sites. We also rushed to leave and arrived at Misrata airport,” he said.

“We arrived by bus from the airport. But our evacuation was postponed for nearly one week and we had to stay at the airport or hotels in the city of Misrata”, Ozinan added.

Hakan Oyar, a worker, said "We could hear the conflict sometimes but did not see any fighting. No one forced us to leave the country, but now all Turkish workers have been brought to Turkey”.

Libya has been dogged by political instability since Muammar Gaddafi was deposed and killed in 2011.

Rival militias have frequently clashed in Libya's main cities, including capital Tripoli and Benghazi, while the central government has struggled to maintain order.

Political divisions have resulted in two rival seats of government, each with their own set of institutions.

Two assemblies currently vie for legislative authority: a newly-elected House of Representatives in the eastern city of Tobruk and a General National Congress, which continues to sit in Tripoli despite its mandate ending in August.