Turkey will redouble its oil production by the beginning of 2019, said Turkey's energy minister Taner Yildiz. 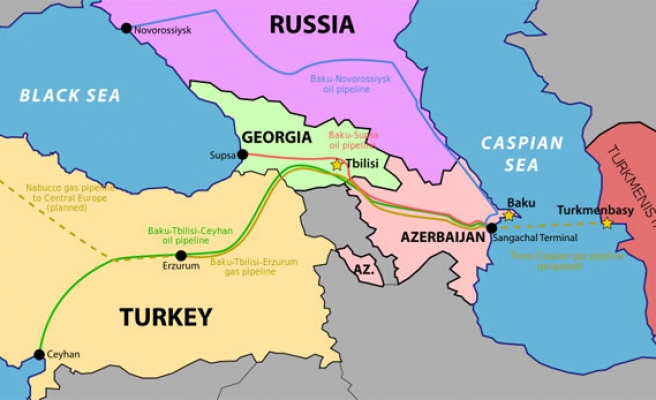 Turkey's increased investment stake in one of the largest gas fields in the world, Azerbaijan's Shah Deniz, is predicted to generate gross revenue of $27.8 billion by the end of the 2041, said Taner Yildiz, Turkey's energy minister in Ankara on Monday.

Speaking at a training program on 'international energy efficiency and management in industry', Yildiz said "Turkey earned $265 million income last year from Shah Deniz and we expect to double that figure this year," adding that Turkey's state owned petroleum corporation, TPAO will pay $1.45 billion for a 10 percent stake in the Shah Deniz consortium - one of the the largest gas fields in the world with nearly 1.4 trillion cubic meters of natural gas.

Turkey signed an important agreement on Friday with Azerbaijan, raising its shares from 9 to 19 percent in the Shah Deniz natural gas field and it also increased its shares in Trans Anatolia Natural Gas Pipeline (TANAP) from 20 to 30 percent.

"We expect a greater dynamism in the economy owing to these agreements," Yildiz said adding that "we will also sign a new international energy agreement on Friday " but did not elaborate any further.

He also said Turkey will redouble its oil production in the beginning of 2019.

20 officials from 13 countries including Iran, Ukraine, and Azerbaijan, will attend the training program which will run between June 2 and 13.

Up until now, Turkey has lectured 242 officials from 25 countries on energy efficiency and management in industry with the contributions of TIKA.