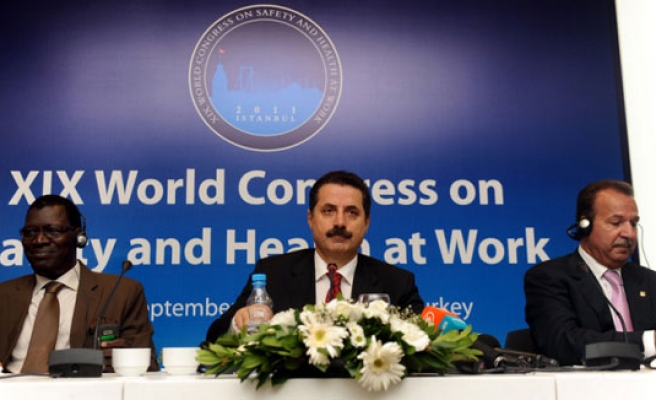 Celik said that congress on health and safety at work had been held once in three years since 1955, adding that he held a ministerial summit with 32 ministers within the scope of the congress.

The results of the summit took place in Istanbul Declaration signed after the meeting, he said.

Celik noted that the congress would continue for five days.

Meanwhile, Stoove said that the aim of the congress was to reduce work accidents and diseases.

Stoove said that Istanbul Declaration was signed by 28 ministers which was a very successful result, adding that they had never seen such a high political commitment.

On the other hand, Diop said that many steps had been taken and initiatives had been launched regarding work safety and health in the past, however, traditional risks at work places were still continuing.

Work accidents are still on unacceptable level, he said, adding that more than two million people were killed due to work accidents and diseases in 2008.