Turkey is becoming a key player in medical tourism 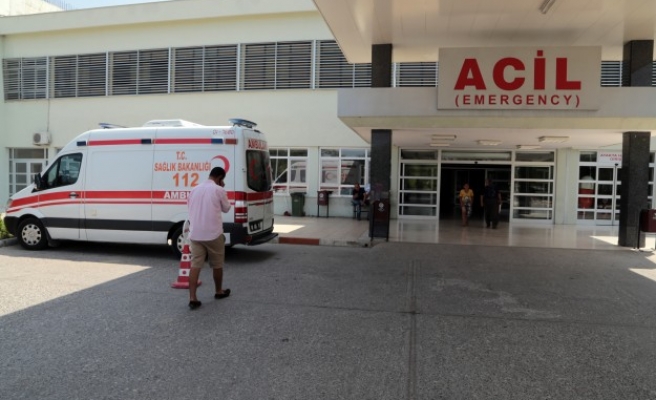 Turkey is emerging as one of the destinations for medical tourism as the country tries to boost tourism revenue and narrow its current account deficit - its main economic weakness.

History fanatics, adrenaline junkies, sunbathers and foodies are all in for a treat when heading for a holiday in Turkey but the nation is also drawing tourists that are seeking to avail of Turkey's competitive edge in medical tourism.

Turkey is the world's sixth top destination in terms of tourist numbers. Out of the roughly 35 million tourists who visited Turkey last year, around 188,095 came for surgical procedures from hair transplants, liposuction to cancer and orthopedic treatment, according to the World Tourism Organization.

The number of medical tourists who visited Turkey in the first six months of 2014 totaled 162,445 with revenues reaching $328 million.

"Currently, over 1000 patients travel to Turkey every year to take advantage of the medical services we offer," said Fatih Ozturk, the Project Manager of VisitandCare.com, a patient and doctor matching service which helps visitors from the Middle East and Europe and has four global offices - in the U.S., Mexico, Tunisia and Turkey.

He said of the clientele, "They are mostly from western European, countries like the UK, Germany and the Netherlands, as well as from Libya and United Arab Emirates."

Ozturk said there are various factors behind the country's appeal.

"People from countries with heavily congested health systems welcome the opportunity to choose the time of their surgeries together with the 40-70 percent savings, which is more affordable than European countries. While those from less-developed nations are attracted by Western-trained medics and new facilities sprouting up as Turkey's private healthcare industry flourishes. Additionally, the fact that Turkey is a central tourist attraction is also enticing."

Private equity investors favor Turkey's fast-growing service industries, including healthcare, retail and education, because of a near tripling of the nominal per capita gross domestic product over the past decade and a young population of 76.5 million.

Turkey's health ministry said the country has great advantages in terms of health tourism with a very convenient geographical location.

"Both for meeting the changing domestic needs as well as taking advantage of health tourism, private hospitals and health centers have been established all over the country," the ministry said in an evaluation report on medical tourism in Turkey in 2012.

"The country has made significant improvements and began to compete with countries such as India, Malaysia, Thailand and Hungary which are strong in the sector," the report reads.

The country is building medical facilities with public-private partnerships where the state will rent city hospitals built and run by the private sector for 25 years.

Ankara's Doctors' Union President Ozden Sener said patients from Western countries, whose medical insurance does not cover odontotherapy (teeth diseases) and cosmetic surgery, prefer Turkey which has low-cost labor as well as affordable holiday prices. Sener also remarked that many patients come from war zones from Syria, Libya and Palestine. He said, however, overseas patients have put pressure on the health system with many doctors seeing as many as 100 patients per day.

Tourism income in Turkey increased 7.9 percent in the second quarter of 2014, compared to the same quarter of last year, to reach $9 billion, the Turkish Statistical Institute showed. Foreign visitors accounted for 84.5 percent of this income, while Turkish citizens living abroad accounted for the rest.