Citizens and authorities remember the 18,000 people killed by 1999 earthquake 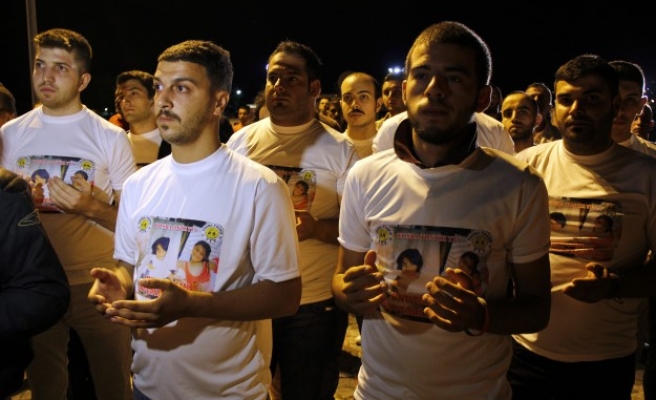 Memorial ceremonies were held in the early hours of Sunday in the northwestern Turkish provinces of Yalova and Kocaeli in commemoration of the victims of the country's devastating 1999 earthquake.

Less than 60 miles (100 kilometers) away, Turkey’s biggest city, Istanbul, was also badly affected by the quake.

People gathered Sunday at the earthquake monument Yalova, which was built over the wreckage of the buildings demolished by the quake. After leaving flowers at the monument, which bears the names of the victims, people visited the photo exhibit inside the monument.

Local authorities and members of the Turkish Parliament participated in the memorial ceremony.

The victims of Marmara Earthquake were also commemorated in Golcuk, Kocaeli province at 03:02 a.m. local time (0002GMT), the time the earthquake struck 15 years ago.

Golcuk sub-governor Adem Yazici told people at the ceremony that, despite the passing of 15 years, the pain was still fresh.

The Turkish Navy Command also commemorated its 420 members who died in the quake.