Turkey has offered citizenship to foreign archbishops to help the next election of the ecumenical patriarch, officials said. 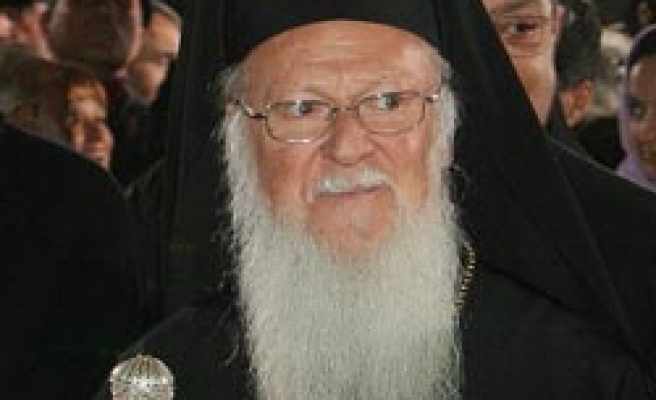 Turkey has offered citizenship to foreign archbishops to help the next election of the ecumenical patriarch, spiritual leader of the world's 250 million Orthodox faithful, officials said.

Prime Minister Tayyip Erdogan has quietly led the gesture to the Orthodox, who face a shortage of candidates to succeed Istanbul-based Ecumenical Patriarch Bartholomew, 70, and serve on the Holy Synod, which administers patriarchate affairs.

Turkish law requires the patriarch to be a citizen. But the Orthodox community in Turkey, an overwhelmingly Muslim country, has fallen to some 3,000 from 120,000 a half-century ago, drastically shrinking the pool of potential future patriarchs.

"The specific call Erdogan made to give citizenship to those who will take up an official position at the patriarchate came in response to the problems they have," Ibrahim Kalin, Erdogan's chief foreign-policy adviser, said in an interview.

Kalin said the government's gesture should demonstrate Turkey's commitment to conform with norms on human rights in its bid to join the European Union.

"This is in line with Turkey's EU membership goals. But we believe that it's in our own interest to provide all rights and privileges to non-Muslim minorities who are Turkish citizens."

Istanbul, the Byzantine capital Constantinople until the 15th-century Ottoman conquest, remains the centre of Orthodox faith. As Patriarch of Constantinople, Bartholomew, a Turkish citizen of Greek heritage who is in good health, is spiritual leader for Christianity's second-largest group of churches.

There are 14 Greek Orthodox archbishops, including Bartholomew, who are Turkish citizens.

Seventeen metropolitans from countries including Austria, France, the United States and Greece have applied for passports, said Rev. Dositheos Anagnostopulous, the patriarchate spokesman.

Another six may still apply, and the See hopes the first archbishops will receive their papers by Christmas, he said.

Diplomats said the offer of citizenship could provide a lifeline for the 2,000-year-old faith in its ancient homeland.

"At this point, it's just a matter of time before the institution dies out," said a European diplomat on condition of anonymity. "With this step, you have a much larger pool of clerics, making the Church's survival possible."

Erdogan, himself a devout Muslim, personally proposed to Bartholomew during a meeting last year that foreign prelates apply for citizenship, both Kalin and Anagnostopulous said.

Still, Turkey does not recognise Bartholomew's ecumenical, or universal, title, arguing he only leads Turkey's Orthodox.

Granting citizenship to bishops would resolve a legal anomaly in the Holy Synod. Members are required to be citizens, but Bartholomew appointed foreigners in 2004 for the first time since the Turkish Republic was formed in 1923.

"It's not legal or legitimate for these six foreign nationals to serve on the synod but there are not enough Turkish metropolitans," a Turkish official said, declining to be named.

Metropolitan Nikitas, a U.S.-born member of the synod and director of the Patriarch Athenagoras Orthodox Institute in Berkeley, Calif., applied for citizenship earlier this year.

"I chose to pursue this course of action, believing that it is one way I can assist the ecumenical patriarchate," Nikitas, 55, told Reuters. "I also feel that it may be a 'good will' expression on the Turkish side."