Turkey offers establishment of 'Center of Mediation' in Istanbul 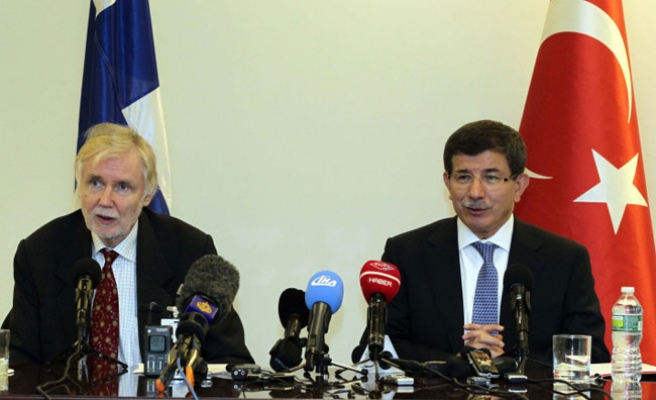 After the meeting, Davutoglu and Tuomioja held a press conference.

Recalling that Turkey and Finland launched this mediation initiative in New York last year, Davutoglu said that the initiative became a UN initiative after a resolution approved at the general assembly.

Davutoglu said they made several offers including organizing workshops and conferences as well as establishment of "Center of Mediation" in Istanbul.

Turkey and Finland would keep working together and prepare an action plan, he said.

The initiative (launched by Turkey and Finland) was open to everyone, he said.

Finnish Foreign Minister Tuomioja said that they held a very comprehensive and fruitful meeting, stating that they would prepare a report on proposals and submit it to the UN Secretary General Ban Ki-moon.

Tuomioja said that they attached a great importance to mediation efforts by nongovernmental and regional organizations.