The ban, announced by the Turkish Health Minister, aims to prevent bonzai producers from evading restrictions. 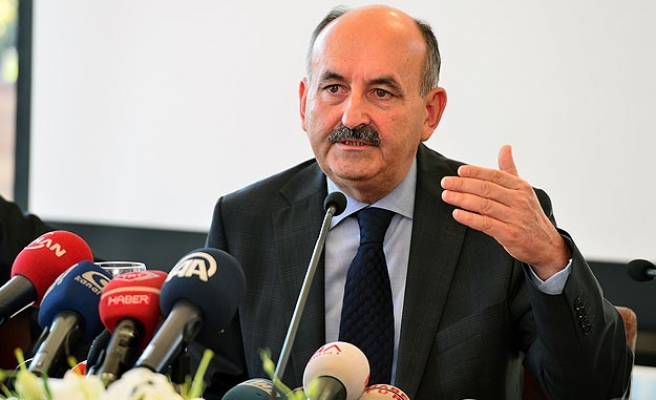 Turkish Health Minister Mehmet Muezzinoglu has pledged a stronger effort in the fight against drugs, including a blanket ban on intoxicating drugs and chemical substances.

Muezzinoglu told the Anadolu Agency editor's desk on Tuesday that the ministry submitted an "Action plan in the fight against Drugs" to cabinet ministers on Monday.

He said the ban was in response to ongoing attempts by drug manufacturers to circumvent restrictions on intoxicants.

The action plan also includes a hotline for drug addicts and additional preventative measures in coordination with the Ministry of Family and Social Planning, Muezzinoglu added.

Drug abuse is illegal in Turkey. The Turkish government has faced new challenges in the fight against drugs after the proliferation of a synthetic drug called "bonzai" -- a cheap, addictive and potent form of a marijuana-like substance.

The minister said the new ban targeted producers of bonzai -- which he said has nearly 300 variants in the world -- as they sought to continue distributing the drug legally by simply changing a few ingredients to ensure that it falls outside the scope of existing restrictions.

Muezzinoglu said the rate of one-time experimentation among youth age 15-24 was 29.4 percent in Europe, while the same figure was only 2.7 percent in Turkey, citing the difference as an advantage for the ministry's efforts.