Syrians fleeing ISIL with their vital livestock have been injured leading animals through minefields near the frontier. 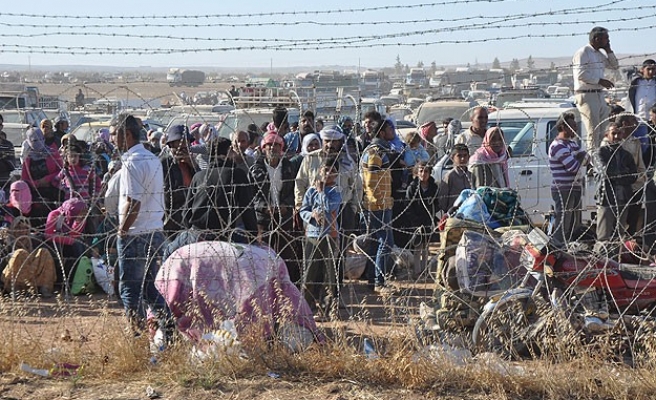 Turkey will allocate space for Kurdish refugees' livestock stranded across the Syrian border, the head of Turkey's emergency and disaster body said on Tuesday.

Livestock animals were brought through minefields along the Syrian border to the frontier by owners fleeing the advance of the ISIL militant group.

"We want to help the Syrians who came with their animals," Fuat Oktay, head of Disaster and Emergency Management Presidency, told the Anadolu Agency.

"There is a minefield along the Turkish-Syrian side and it creates a huge danger for people on the crossing," he added.

On Monday, a Syrian refugee was reportedly injured and treated on the Turkish side when he suffered a head injury as a livestock animal he was leading detonated a mine.

Refugees, who left the Syrian border town of Ayn al-Arab, known as Kobani in Kurdish, for refuge in Turkey have been injured and some have suffered amputations due to mine explosions on their way to the border crossing.

Oktay said the animals cannot be allowed into Turkey due to health reasons, but said they would not be left to perish because of thirst and starvation by working in cooperation with health ministry.

Many refugees have tried to stay close to the border since they want to guard their livestock – a crucial source of income for many.

Turkey opened its frontier Friday to cope with a rush of Kurdish civilians fearing an attack on Kobani, in the Raqqa province.