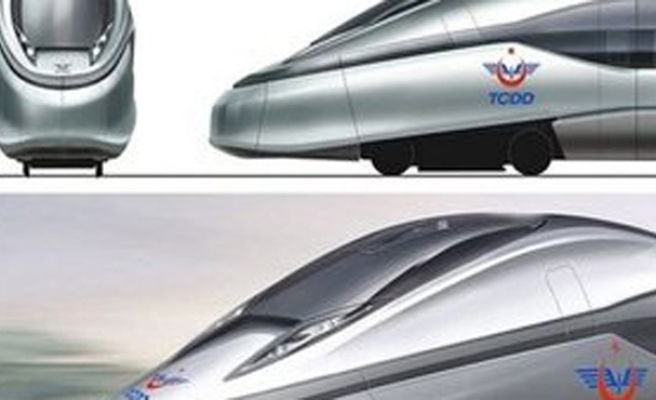 Accroding to a statement by Turkey's Ministry of Transport, Maritime Affairs and Communications, the concept design choice for a national high-speed trains was made. The industrial design work has now been completed.

National high speed trains have been designed and developed in a way that stands out for both its internal and external 'advanced technology'.

The supply projects of 106 High Speed Train (HST) sets were included in the investment program to run on both existing HST rail lines and lines planned for the future.

The first 20 sets of the 106 trains, whose technical specifications have recently been completed, is planned to be constructed abroa. The 52 percent of the budget of 70 sets will be provided domestically.

Within this project, the National High-Speed Trains, Diesel Trains, Electric Trains and Load Wagons will be developed.

With this project, the rate of domestic production is expected to increase to 85 percent until 2023.