Turkey says Hagia Sophia not to host any religious service

Turkish culture minister said that religious service would not be conducted in Hagia Sophia in Istanbul. 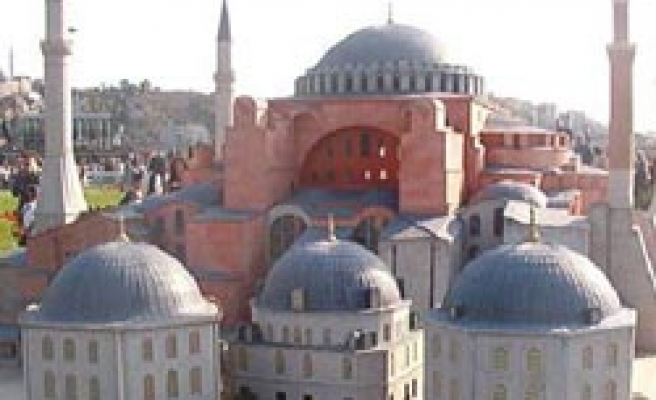 Turkish culture minister said that religious service would not be conducted in Aya Sofya (Hagia Sophia) in Istanbul.

Replying to questions on efforts of Chris Spirou who established a NGO "International Congregation of Agia Sophia" in Washington, D.C. and who called for religious service to be conducted in Aya Sofya, Culture and Tourism Minister Ertugrul Gunay said that Aya Sofya would not host any religious service.

"Aya Sofya is one of the special places in the world. It has been serving humanity for 1,500 years. In the last century, we have been serving Aya Sofya," he said.

Gunay said they would not allow religious ceremony to be conducted there.

"If we allow it, we will have to meet demands of other communities and religions," he said.

Chris Spirou sent a letter to Religious Affairs Directorate, but the ministry of culture and tourism was responsible for museums in Turkey, Gunay added.

Aya Sofya is a former Orthodox patriarchal basilica, later a mosque and now a museum in Istanbul, Turkey. From the date of its dedication in 360 until 1453, it served as the cathedral. The building was a mosque from May 29, 1453 until 1934. It was opened as a museum on February 1, 1935.